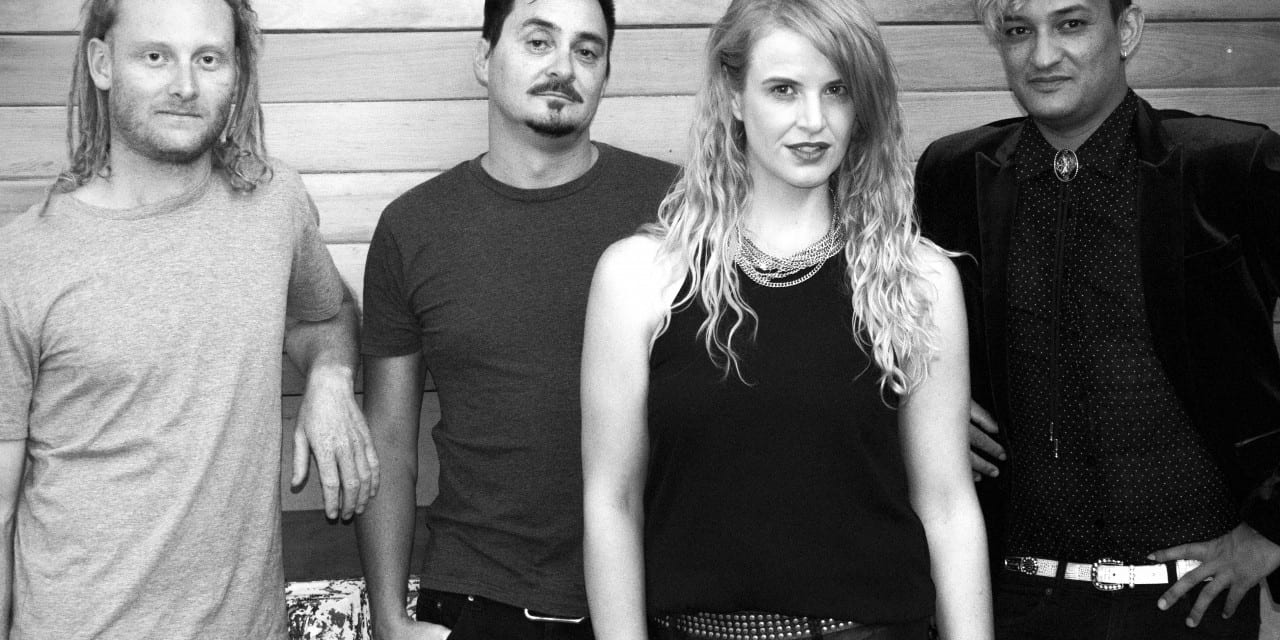 The culmination of over a year’s work with producer Eric Coelho (Wolfmother, The Strides), Nowhere Else’s debut record delivers a guitar-driven sound fronted by powerhouse vocals.

Lead singer Jodie Maloney says the band took a collaborative approach to writing the EP, drawing on life experiences – both their own and those of the people around them – for inspiration.

“Lyrically the EP explores the ambivalence of the human spirit, covering themes of triumph and loss, hope and despair,” she said.

With all members of the band juggling work and other musical commitments, Jodie says making the record took a little longer than expected.

“Dividing our time and energy between projects was frustrating – sometimes it was difficult to be creative after a long day at work. In hindsight though it added to the excitement of recording and releasing the record.”

Now the band are focused on getting their music into the hands of as many people as they can, with a few local and interstate shows on the horizon as well as a tour in May to Japan.

“We really want to get out there and tour the EP, and have as many people as possible hear the music. We can’t wait for the Japan tour and would love to play at some upcoming festivals.”

If you dig artists like Dead Letter Circus, Janes Addiction, The Pixies and Karnivool, then make sure you listen to Nowhere Else’s debut record!

Nowhere Else’s debut EP is available from today on Itunes.