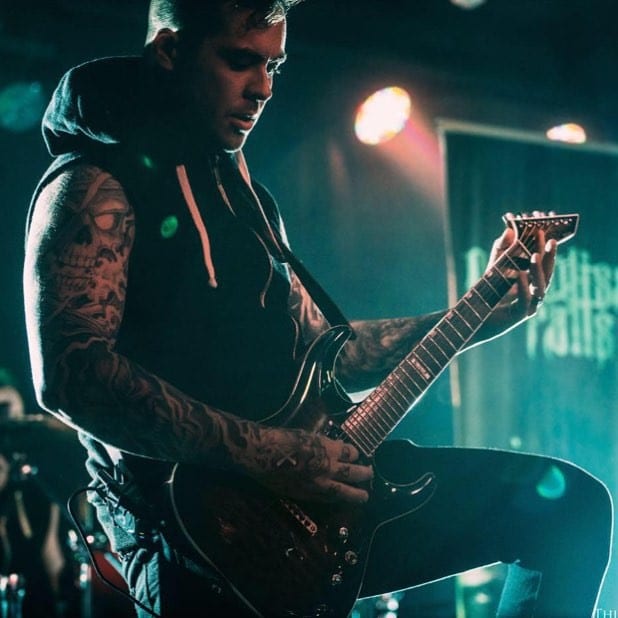 The music community will come together in Brisbane next Friday, 27 November to honour As Paradise Falls’ guitarist Glen Barrie, who unexpectedly passed away in Thailand last week.

The band was in Thailand working on their next album and were due to support one of their favourite bands I Killed The Prom Queen when Glen passed away. The sad news has sent a shockwave through the entire heavy music community in Australia, with tributes and kind words pouring in from all over.

Glen has been remembered by so many of the Australian Heavy music community as a positive, keen, helpful and happy guy who was always up for a show.

Now, in a show of support for the musician’s family and friends, As Paradise Falls’ manager, Tom Byrnes (Mannequin Republic), alongside Vanguard Touring and an army of supporters and friends, has put together a benefit show on Friday 27, November.

Destroy All Lines has donated the hire of The Brightside to the event and bands As Paradise Falls, A Breach of Silence, Among the Vanished, Bayharbour, Down Royale and Trinatyde will all be playing sets in memory of their fallen friend.

The night will also feature a massive raffle worth over $1000 in prizes from Seventh Circle Studio, Via Studios, Beserk, Bach Guitar Services, The Brightside and a merch pack from the bands.

One hundred per cent of the money raised on the night will go straight to Glen’s family.

If you are in Brisbane and free next Friday night, please come along and show your support for everyone involved. If you are unable to attend, a crowd funding campaign has also been set up to support Glen’s wife Cassie through GoFundMe.

For more information, go to the Facebook event page. Tickets are available this Thursday, 19 November via oztix ($10 presale, $15 on the door).