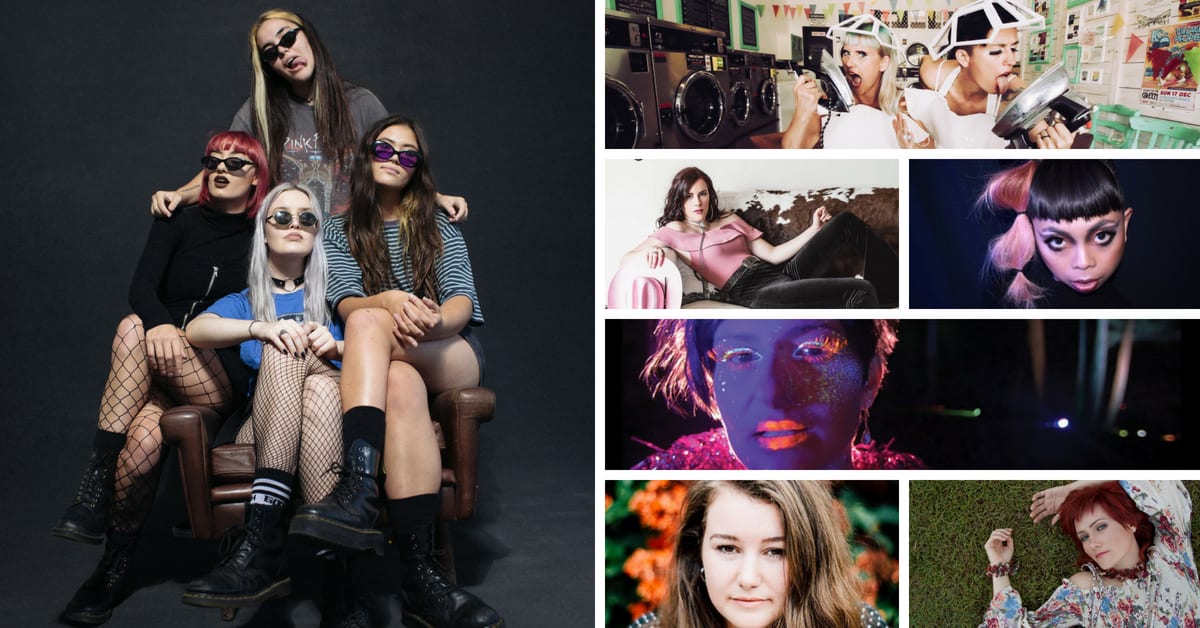 We already know there’s no shortage of musical talent in Queensland, and when it comes to female acts, there’s an abundance of ladies absolutely #slaying. From electronic trailblazers to sassy country soloists, women in music are smashing the glass ceiling one terrific tune at a time.

Feast your eyes on these seven superb music videos released by female acts over the past few months for a (small) snapshot of the QLD music girl gang.

STRIKE WHILE THE IRON’S HOT – THE IRONING MAIDENS (ELECTRONIC)

The Ironing Maidens, aka Melania Jack and Patty Preece, are putting gender roles under the microscope with second single Strike While The Iron’s Hot. Featuring advertisement samples from the 1950s, this avant-garde tune and its accompanying music video literally press for progress on gender parity. Did we mention they play irons and ironing boards they ingeniously converted into electronic instruments? Now that’s girl power!

JOY – BANKS OF THE BEAUTIFUL (ELECTRO-POP)

Colourful, bespoke, joyous. Banks Of The Beautiful’s electro-pop banger comes to life in this simple yet charming music video that speaks to those moments in life that simultaneously make and break you. With whimsical lighting and visuals, your eyes will be glued to the screen.

Inspired by a Russian Folk custom of love, Innessa’s Golden Wreath music video heralds a voyage of passion for following one’s dreams and overcoming obstacles. Set to the picturesque backdrop of Sunshine Coast’s Glass House Mountains, the Golden Wreath video is reminiscent of the Sound Of Music, sharing the 1965 classic’s penchant for uplifting and soothing the soul. A spellbinding sonic experience.

Hayley Marsten is at it again, bringing her sassy style and don’t-funk-with-me attitude to new single Money Can’t Buy Class. If the title didn’t already give it away, you’re in for a treat as Hayley takes aim at those who think a higher credit card limit equates to class. Money Can’t Buy Class proves that when you’ve already got lyrics that pack a punch, you don’t need lavish visuals to make a highly entertaining music video. Cashed up bogans anyone?

Capturing the artist’s own experience of simultaneously feeling frustrated while making progress, Hold is a soothing reminder to not let self-doubt take over. Visually represented through a story of rehabilitation, Dear Willow’s Hold music video makes for compelling viewing.

Matching the song’s fun-time vibes is the new music video for VOIID’s Silly Girl. With some rocking cinematography, old school edits and a overload of energy, you’ll be consuming it on repeat.