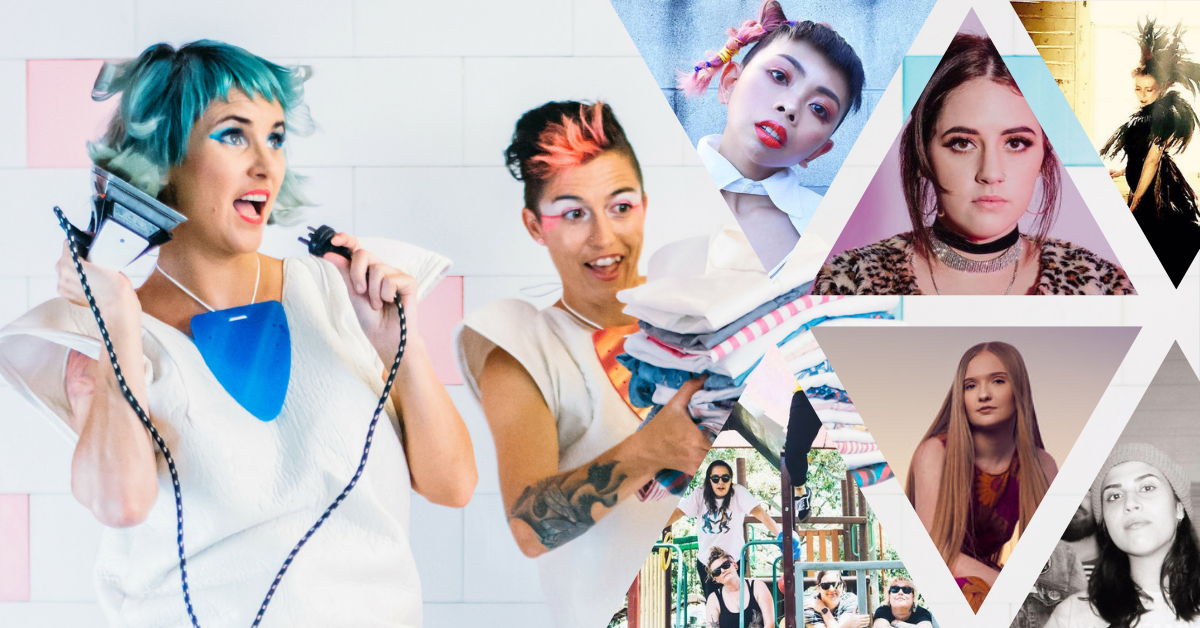 Today is International Women’s Day, a day dedicated to celebrating the social, economic, cultural and political achievements of women. The day also marks a call to action for accelerating gender parity. So, we’re kicking off the celebrations by drawing attention to seven women in the Queensland music scene who are absolutely slayin’. As the saying goes Slay Queens Slay!!!

A total powerhouse of the Brisbane music scene, Tiarne not only creates beautiful music, but is also one of the biggest supporters of local acts. Last year saw her start her own showcase series – The Bloom Series -, as a way to further promote Brisbane artists in a supportive atmosphere. 2019 is set to be an even bigger year for the songstress, who today announced her new endeavour, Moonstone Artists.

DARE YOU TO LOVE ME – LALKA (ELECTRO-POP)

LALKA routinely takes her creativity to the next level, with her use of projections to accompany her work. This total badass of music has become an activist for equality in the music industry, raising awareness for LGBTIQ+ rights and gender parity. LALKA encourages everyone to own their uniqueness and individuality, whether it be through music or otherwise.

STRIKE WHILE THE IRON IS HOT – THE IRONING MAIDENS (ELECTRONIC-POP)

This dynamic duo is all about challenging stereotypes! The Ironing Maidens quite literally transformed irons and ironing boards into the electronic instruments (and yes, they PLAY them!!!). Many of their tracks sample advertising soundbites from the 1950s, while their incorporation of cleaning items into their art further represent the inequality that still exists for women in the household. Melania and Patty’s music tackles gender disparity head on and they were recently awarded the John Chataway Innovation Award for their innovation, originality and excellence within the arts. Their new single Lighten My Load was released just last week in honour of International Women’s Day!

Maz Devita is the lead singer of Australia’s forefront electric-punk band WAAX, who aims to be the voice she didn’t have when she was younger. Her music draws attention to mental health, detailing her own struggles with depression and anorexia. Maz is unafraid of being emotionally vulnerable with her lyrics, and shows us all the importance of having discussions surrounding mental health.

NEVER HAVE I EVER – BEING JANE LANE (POP-PUNK)

This all girl band from the Gold Coast are legends over here at MIMM! We premiered Being Jane Lane’s debut music video back when we launched in 2015 and we’ve been riding the Being Jane Lane bandwagon ever since. Routinely raising awareness about gender equality and LGBTIQ+ rights, they’ll be playing at Brisbane’s Big Gay Day his weekend alongside The Veronicas.

Francesca De Valence is a total pop music and business juggernaut! Francesca recently travelled to Paris to write a collection of songs titled Songs De Paris and alongside her music previously charting on iTunes, she is also the founder and CEO of global song-writing initiative I Heart Songwriting Club. IHSC encourages members to write a song in an hour per week based on a set theme, and what started as a small club is now a global enterprise!

Tia Gostelow is steadily making a name for herself within not only the local music scene, but also globally! Her 2018 debut album Thick Skin was received incredibly warmly, cementing her as a force to be reckoned with. A Mackay native, Tia moved to Brisbane last year at the age of 18 and in 2019 she’s has even bigger plans with a national album tour as well as overseas trips.

Better Than Netflix is a regular round-up of our favourite recent music video releases by Queensland acts.