EVERYBODY (Dead Shades’ Back)! ALRIIIIIIGHT! 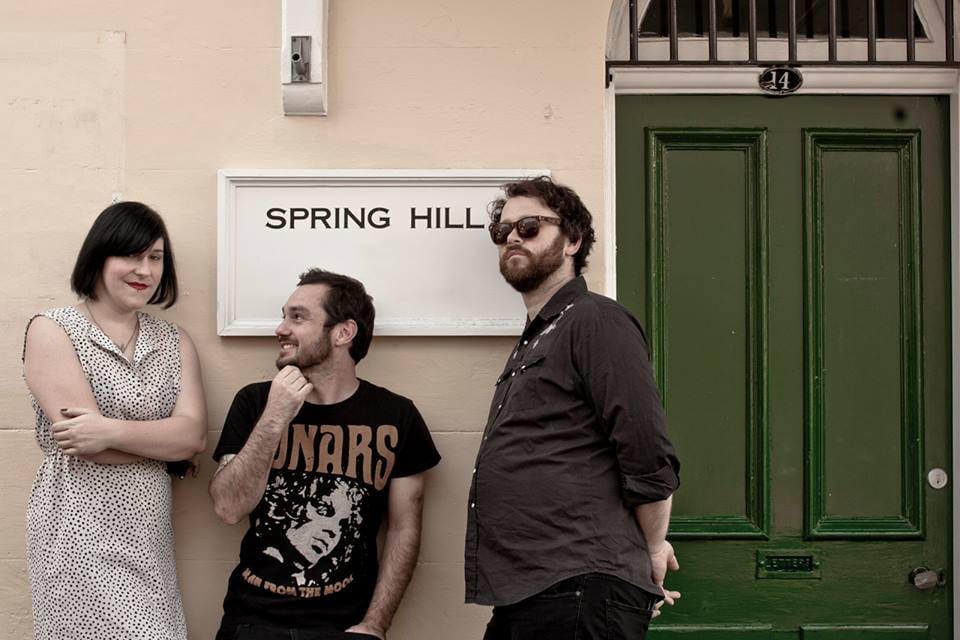 Prepare to party – Brisbane garage-rock trio Dead Shades are back! The band are bringing their bourbon-soaked riffs and hip-shakin’ grooves to the Bearded Lady on 17 October, in their first show together since 2013.

In a stroke of musical fate, the reunion show came about unexpectedly when all three band members suddenly found themselves back in Brisbane at the same time.

“It all happened pretty fast. One minute Crystle is telling us she’s in town to work on her drinking arm and next minute we have a gig booked. We’ve been told once you’re at the top in show business this is how things happen,” said vocalist and guitarist Brian L’Huillier.

The reunion gig also marks the launch of the band’s crowd-funding campaign to release their latest EP Garage A Trois on vinyl. The EP was recorded, mixed and mastered just before Crystle and Brian moved away last year, and while it’s available on Soundcloud, the official release is on its way.

“We just put it on Soundcloud so people could hear it with the plan of releasing it as soon as possible. The time seems right to release it now. For many people, the vinyl release will be the first time they’ve heard the record, particularly our fans that don’t like computers.”

Fans can expect to hear some Californian/West Coast influences on the record, with the band writing Garage A Trois after a trip to the USA.

“After the release of our first EP Sea Shandies, we played some shows in California, and spent time with bands like Night Beats, The Cosmonauts, Dahga Bloom and other cool west coast indie bands. They had this sound that blew us away, so we’ve tried to incorporate some of that on the new EP.”

Get ready, Dead Shades’ new music and reunion show are going to give Johnny Farnham’s comeback a run for its money!

If you want to be one of the first people to hear Dead Shades perform their new tunes live and find out how you can get your hands on a vinyl copy of Garage A Trois, make sure you’re at the Bearded Lady next Saturday, 17 October.

More details can be found on the event page here.

Disclaimer: MIMM takes full responsibility for you forevermore substituting the words “Backstreet’s Back” with “Dead Shades’ Back.” Try it – it totally fits.