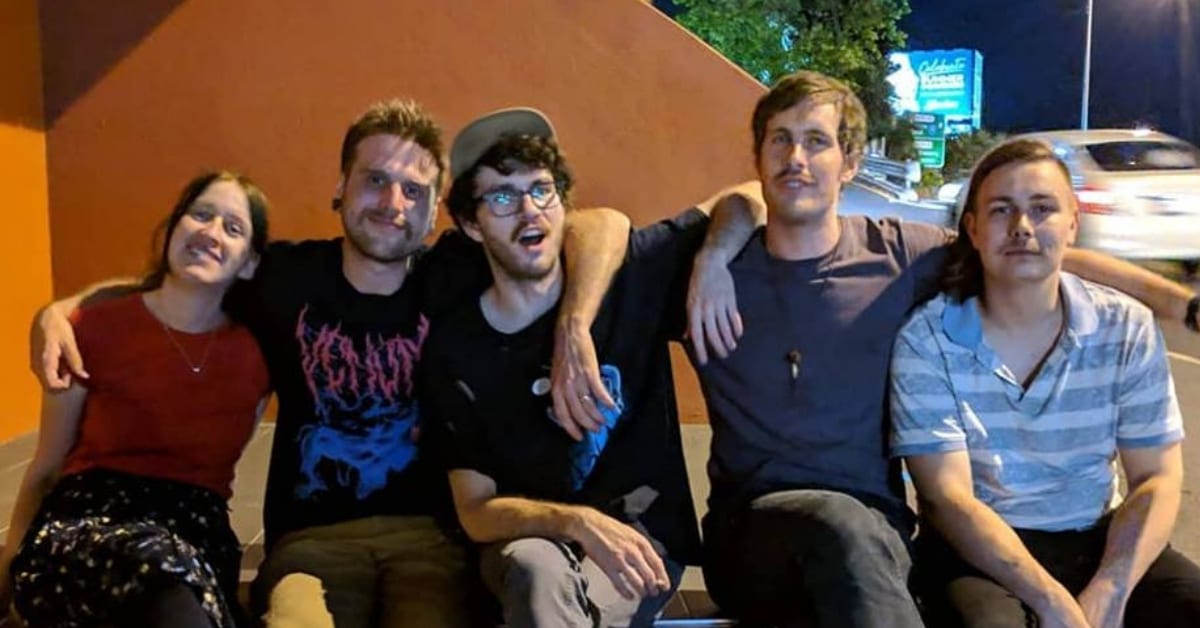 On a mission to write the weirdest and wackiest music possible, Brisbane comedy-punk quintet Canny and Hall are spreading humorous good times with their debut EP Pretty Good, which was released earlier this month.

Evolving from a duo into a five-piece often mistaken for an improvisation group, they note in the opening track of their EP that Jesus appeared in a dream and told them to form a band called Canny and Hall – and so, in 2017, they did just that.

Fast forward nearly two years, with numerous live shows and their debut EP under their belt, these comedic rockers remain true to their vision to bring laughter to the world.

“Everybody has their own definition of success. I’ve always aimed for some kind of success as a writer and I’ve always written humorous rhymes and poems so being able to perform some with a bunch of talented musicians and having people laugh and enjoy themselves certainly feels like a win,” said front man, Captain Cake.

Named after an offhand comment about the quality of the music they were making, Canny and Hall’s recently released debut EP features a full-band sound and covers everything from a punk-style nursery rhyme to beachside vibes.

“One recurring theme throughout the EP, is the imagination. A lot of the songs make reference to creatures such as giant squids, mermaids, aliens, vampires and Godzilla. The Lion Table is about a kitchen table that’s also a living, breathing lion, while Head Movies is about a person’s fantasy life and how they find it more entertaining and satisfying than any movie.”

Given the imaginative finesse of the record, Captain Cake recommends listening to the tracks in order to avoid missing anything. As for what the future holds for these musical comedians…

“Ideally, we’d like to record a full-length album and support Usher on a world tour. Hopefully we can famous like the Biebs.”

Wrap your ears around Canny and Hall’s debut EP Pretty Good and catch them playing at The Milk Factory on 16 March. All event details available HERE.