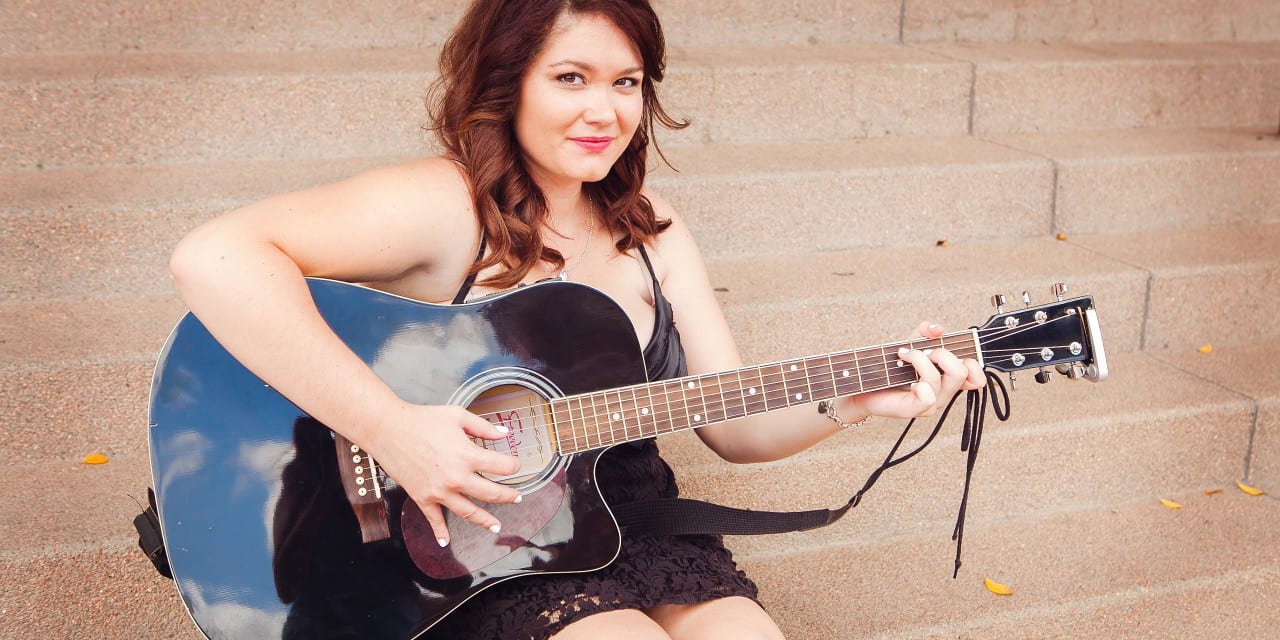 From joining the school band in grade four to writing her first song at age 16, music has always been a part of life for Brisbane songstress Jessica Maree.

Dabbling in the genres of acoustic and urban country, Jessica started out busking at markets and playing at get-togethers, fundraisers and talent shows before being offered her first proper gig.

Now she’s preparing for one of her biggest shows to date – BTM Management’s March Showcase. In a celebration of emerging local talent, Jessica will be performing a collection of her original songs at the New Globe Theatre this Saturday night.

“I’m looking forward to playing a full, original set. Covers are essential for gigs (especially at bars and pubs where I play the most), but I’ve been dying to perform a set as Jessica Maree, instead of just being background noise. I have so much to say and I’m hoping people will listen,” she said.

The Showcase is a fantastic chance to see Jessica in her element and perhaps even sneak a preview of some of the songs from her forthcoming debut album which is currently being recorded. It will feature six tracks, including two upbeat songs Click Delete and Not Gonna Get It, and one of her personal favourites All I Have.

On this record, Jessica says wants to show her versatility as a song-writer, and share music with her audience that she hopes they can relate to.

“In my opinion, the best songs are the ones that generate emotional connection. For me, writing a song is like writing in a diary – the ideas come and the words flow, the only difference is it rhymes and has a melody.”

“If listeners identify with even just one of my songs, then my vision is complete.”

If you like country music with a flair, inspired by artists like Taylor Swift and Australian indie artists like Missy Higgins then you need to start following Jessica Maree!