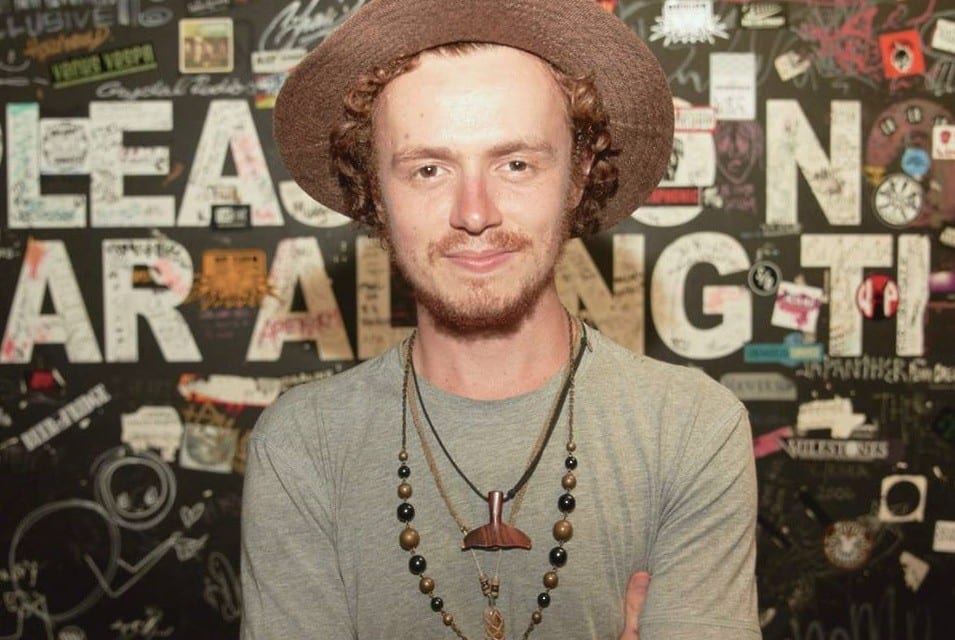 Talented local musician Graham Moes has a powerful message to spread. He’s choosing to hit back against violence, not with fists, but with positivity and music instead.

Nearly three weeks ago, Graham found himself the victim of an unprovoked, one-punch attack at Rics Bar in Fortitude Valley. The ordeal left him hospitalised and in need of surgery for a broken nose and fractured eye socket. While the culprits have not yet been found, Graham says he’ll still be filing an assault complaint for one important reason.

“My first instinct was to not press charges because the penalty could be a fine, or it could be 10 years jail – that’s severe, and I don’t believe someone’s life should be ruined over this. But then I thought what if it was someone else? What if these same dudes, with their behaviour unchecked, start a punch up at another bar and someone dies? And maybe that wouldn’t have happened if I pressed charges and pushed them, through the law, to change their behaviour,” he said.

“I’m ready to forgive, but I’m not going to tolerate people who think it’s ok to act recklessly and violent. It’s NOT OK and collectively we need to be assertive. Compassionate, but assertive.”

After some time off from gigging to recover, Graham is ready to return to the ‘scene of the crime’ this Thursday, 9 June to “clean up the bad joo joo with good vibes and soul music.” His bandages have just come off and he’s already warming up his vocal chords. He’ll be joined by local songstress Georgia Rose, who was also with him the night of the attack.

“I believe it’s important to play this show even after what’s happened, because I don’t let violence/negativity/pain rule my life. Instead I try my best to harness it and turn it into something productive or beautiful. That’s the whole point of art and music isn’t it? There’s no art without pain.”

Graham’s Manager Chantal Smith adds that the show will provide a critical opportunity to talk about the attack and highlight the damage that one punch can create.

“We’re so very lucky that Graham is ok, because one punch can kill. But for Thursday night we celebrate that this punch has only brought us all together with great music and jokes about sticking magnets on Grahams now, part titanium face.”

Show your support for Graham and take a stand against violence by getting along to Rics Bar this Thursday night, 9 June. More event info available here.