In The Know: 10 Queensland Acts We’re Itching To See At BIGSOUND 2016 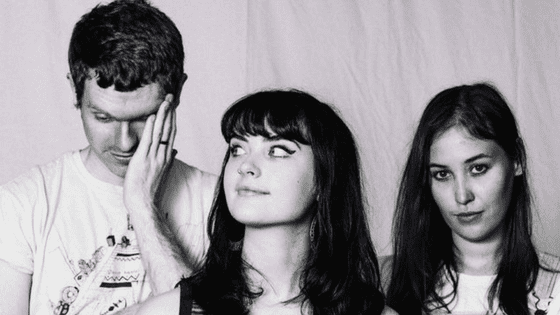 Next week the hottest up-and-coming acts and music industry officials from around the globe will descend on Brisbane for BIGSOUND 2016. On the nights of 7 – 9 September, Fortitude Valley will be swarming with music lovers eager to hear the sounds of over 150 local, national and international artists who’ll be taking to stages across 15 venues in the precinct.

Queensland is again pushing above its weight this year, with plenty of Sunshine State acts on the BIGSOUND bill. Here’s 4-1-1 on 10 local bands you need to add to your BIGSOUND “must see” list!

Described as “honest as fuck folk,” Alice Night is one of our biggest musical crushes. Her debut album Culture How Could You? is a kaleidoscope of folk instrumentation, classical influences and electronic sprinklings. Her set at BIGSOUND will be nothing short of magical.

Hailing from the rum capital of Queensland, Bundaberg turned Brisbane trio Good Boy combine honest, tongue-in-cheek lyrics you can relate to with catchy music you can sway to. Their latest single Poverty Line will speak right to the heart of millennials, and we expect plenty of people will be casting off their daily woes once these guys get started.

DZ Deathrays are a staple of the Brisbane music scene. The dance-punk duo have been turning up the volume since 2008, and their BIGSOUND show is sure to be one helluva party. Catch them live while you can, with their tour of the USA, Canada, and Europe kicking off in November, world domination is not far off for these lads.

Indie-rocker Luke Daniel Peacock has totally owned 2016. Earlier this year he released his debut solo album We’ve Come A Long Way Darling before taking out the coveted Billy Thorpe Scholarship at the Queensland Music Awards. With his knack for exploring serious topics, whilst not taking things too seriously, punters can expect to walk away from his BIGSOUND set with their hearts lightened and minds broadened.

Brother/sister duo Lastlings create dreamy soundscapes you can literally get lost in. They’ve been captivating audiences on their first tour this month, drenching packed out venues with their irresistibly charming tunes. They’ve got plenty of unreleased songs to share so head along to their BIGSOUND set for some pensive surprises.

Robbie Miller is awe-inspiring, both as an individual and as a musician. In 2013 he went from obscurity to winning Triple J Unearthed, his music gaining national airplay. His music is as thoughtful as it is thought-provoking. Catch him at BIGSOUND for a dose of inspiration and positive vibes.

Chronolyth have built a solid following with their fresh breed of modern metal and energetic live shows. Never doing anything half-heartedly, fans can expect a balls-to-the-wall, all out moshing affair when the boys take to the stage at Crowbar next week. Get your moshing game ready, these guys are renowned for their circle pits!

Babaganouj may have just dropped a new EP titled Hard To Be, but it’s certainly not hard to be in love with these addictive-pop music makers. Add “see Babaganouj live at BIGSOUND” to your bucket list, tick it off, and you’ll be very happy indeed!

The Belligerents new single Caroline is a delectable insight into their long-awaited forthcoming album Science Fiction, which is due out in November. After six years together the band’s sound has matured, and they’re keen to share their newly crafted tunes. Avoid serious #FOMO and check these guys out!

Rebel Yell is the moniker of local songstress Grace Stevenson, and as her pseudonym suggests, Grace’s music goes against what the status quo expects. Prepare yourself for a heavy and haunting experience with a kick!

BIGSOUND runs from 7 – 9 September. For all conference and festival information visit the BIGSOUND website.