Review: From Inflatable Couches To Local Sounds – Maroochy Music & Visual Arts Festival Was A Vibrant Experience All Round (PART II) 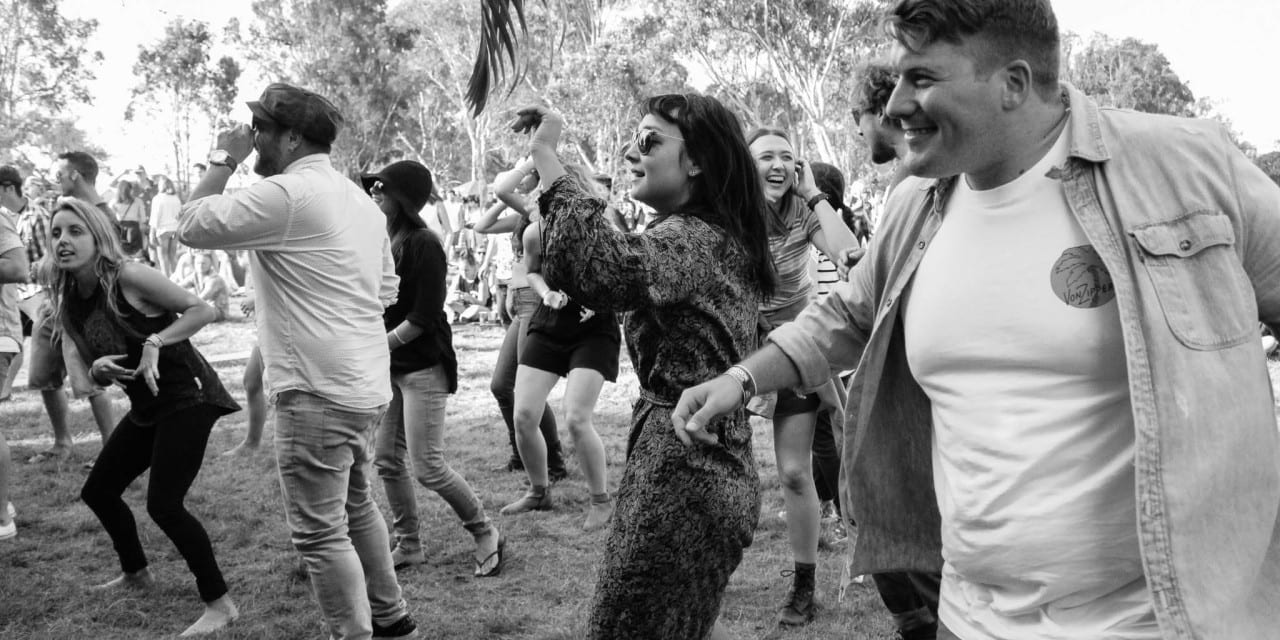 Last month we attended the magical Maroochy Music & Visual Arts Festival (MMVAF). We spent the day kicking back to the sweet sounds of Queensland acts at the Champagne and Oyster stage. Here’s part II of our review (read part I HERE).

Entertaining us in the middle of the day was The Brodie Graham Trio. Standing in for Inigo, these three lads played jazz, funk and soul gems that had has moving and humming along long-after their set had ended. With some smooth instrumental tracks thrown in the mix as well, these guys kept the crowd lively and hydrated with good tunes.

Next up was local psychedelic funk merchants The Francis Wolves. Playing their hits including Deep In The Juju, Valley Heat and Desert Love, this upbeat eight-piece really got the party started. The crowd was already piling up for their set, but as the songs rolled on, the crowd just got bigger and bigger. We were all treated to the delightful (and brilliant, spontaneously-choreographed) dancing of crowd member “Jordy” who, after leading the way, had nearly everyone in the audience on their feet and grooving. The Francis Wolves’ set was one of those unique, collective festival experiences – where the audience was completely lost in the aura of the music and moving together as one. We’re crowning these legends the new Kings and Queens of musical festivities!

Following on from the dance party that was The Francis Wolves, was Brissie shoegaze maestros FOREVR. Having listened to their music and interviewed them a few times, we were super keen to see these guys slay on the stage – and that’s exactly what they did. Their first song was a slower one, drawing the audience in with ethereal vocals which built to a mesmerising crescendo. Their music is dark and hypnotic, and would be the perfect soundtrack for a mystic or thriller-style movie. If you want to be enthralled by music, you’ve got to get to a FOREVR live show.

Last, but certainly not least, we got to see the effervescent Mark Lowndes wow the crowd with his inspired acoustic-soul sounds. His first track Don’t Quit had a fantastic reggae-style beat and lyrics that imparted an empowering message. Next up was the politically-inspired Systems Down, where he showed off his impressive rapping skills. By the time Mark started his third song, the crowd was huge and people had moved up to the front and started dancing. Even more impressive was his cover of Bob Marley’s Is This Love, which saw the entire crowd swaying and moving as one. All in all Mark’s ability to mobilise his audience with messages of hope and freedom was awe-inspiring.

Relive the magic of MMVAF through our lens, CHECK OUT OUR MMVAF HAPPY SNAPS GALLERY.
Read the first half of our MMVAF review HERE.