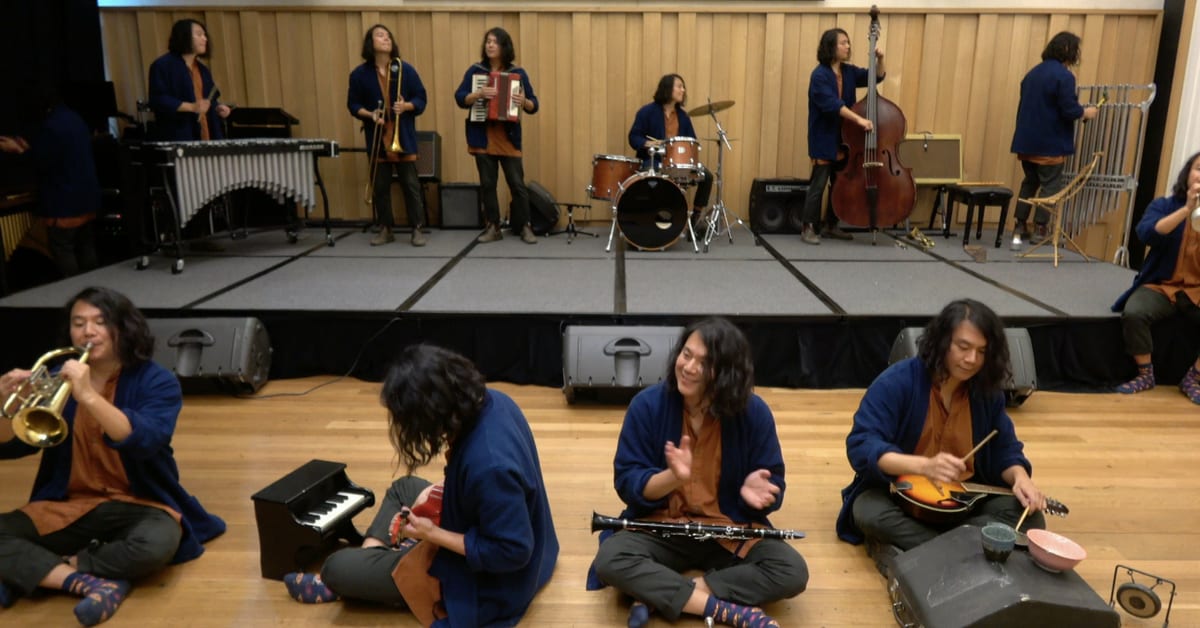 Brisbane’s Matt Hsu is a man of many talents, and many instruments. From traditional instruments like piano to humble kitchen utensils, if you can play it, Matt Hsu slays it. If you need proof, look no further than his latest release, an instrumental hip-hop piece which features 20 instruments, all played by Matt.

Determined to break down the barriers of traditional music genres, Matt defies definition, leaving himself open to endless musical possibilities.

“The phrase music academics use is “stylistic pluralism” – not just being confined to one style but not following what happens to be ‘trending’ either,” he said.

Being able to easily transition between genres has allowed Matt to continuously explore new styles, the latest of which live within his Obscure Orchestra project.

His mantra: “Why not use instruments to explore and traverse all kinds of music?”

Threading musical idiosyncrasies throughout all his music, Matt says he prefers to use sounds from the natural world, as opposed to electronically produced ones, because there is so much musical potential in the world around us, yet to be discovered.

Most recently, Matt’s been on the search for local rappers to lend vocals to his instrumental hip-hop piece. He’s already signed up local loves Emily Wurramara for the choruses and Blaq Carrie for one of the verses.

“I can’t rap to save my life, there are millions of people more qualified than me, so I thought I’d open it up to anyone. I’d love to find and work with someone undiscovered as well.”

“At the end of the day, I want the song to represent diversity. Diversity in sound and gender (including non-binary), but also in experiences and thinking.”

Embracing the idea that anyone could step in and take the project somewhere unexpected, Matt’s keen to collaborate with anyone, as long as they’re nice.

With a wide collection of previous collaborators from music and visual arts, Matt seems to collect as many people as he does instruments. Throughout the rest of the year, he plans to continue working on a range of songs for an album.

Just as Rumpelstiltskin spun straw into gold, Matt Hsu takes traditional instruments and seemingly mundane items from his surroundings and spins them into musical gold.