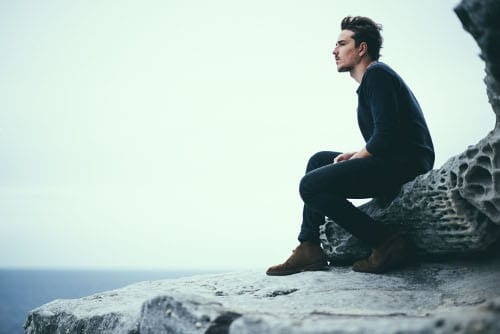 Patrick James kicks off his nationwide tour this Friday night in Brisbane. Taking in six states and territories, the tour celebrates his debut album Outlier, which was released late last year.

With soft acoustics, stirring harmonies and heavy-hearted lyrics, the songs on the first half of Outlier are triumphant and uplifting, while the second half of the record explores feelings of melancholy.

Patrick says the album reflects where he and his band are at, as well as the journey he and his fans have been on to get to this point. At the heart of this record was the desire to capture the magic of his live shows.

“Throughout my EP releases, my fans often said they really liked the atmosphere of the live shows and I wanted to bring that to the album. So most of what you hear on the record is my band and I playing live together in a room,” he said.

“We purposefully tracked the majority of the instruments on the record at the same time rather than stacking layers upon layers, to keep the songs thin and focused on the performance.”

The upcoming tour therefore, is a natural extension of the album itself, and Patrick is keen to get on the road.

“I really can’t wait to bring these songs to life in front of the people who have been following me up until this point. I honestly just want to have the best time possible and I hope the audience does the same.”

Patrick says picks, his band, a quality breakfast, kern tracks, green tea and beer are all high on his list of things he can’t live without on tour. He’s looking forward to connecting with people and checking out coffee spots in each place he’s touring.

Listen to Patrick’s debut album Outlier and catch him at a venue near you when the Outlier Tour kicks off this week.