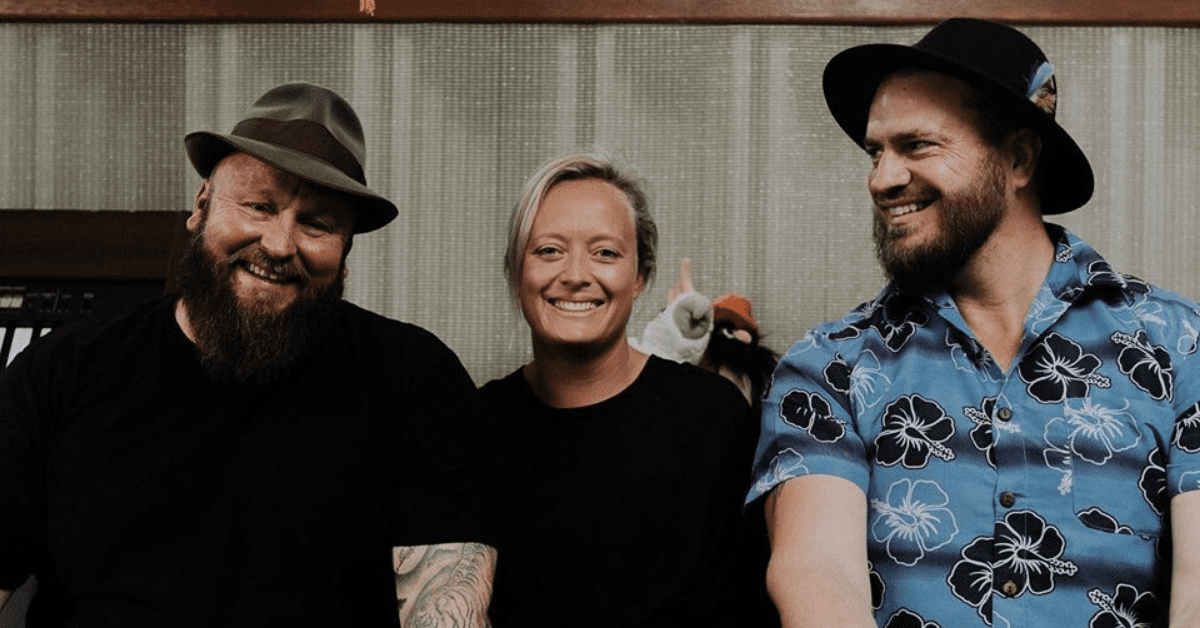 Amidst the backdrop of the covid-19 pandemic, which will be remembered in the history books as an ‘unprecedented’ time for humanity, Brisbane’s August River Band have captured the essence of how the world feels right now, on their thought-provoking new music video, Crazy.

Challenging the ingrained belief of chemistry and monogamy, guitarist and vocalist Eev Ferreira says the track was inspired by pain, disillusionment and seeing his fellow humans go through the motions of life. Compiled by Hype Projects, the accompanying music video for Crazy, portrays a series of images from significant moments in history that spark that #OMG, seeing-is-believing-type reaction, bringing additional layers of meaning, to an already poignant, ballad.

“We wanted to keep it simple, so we compiled a series of historically iconic images that make society exclaim, ‘that’s crazy’ – images that inspire the collective consciousness to evolve by questioning what it holds sacred,” said Eev.

“Whilst the older generation holds to what it believes, the younger stops and critically assesses life, and so, we evolve, and transcend (if we’re lucky).”

The first track to be lifted from their forthcoming debut album (due out in the latter half of 2020), Crazy is the start of the band’s musical revelation, with themes of mania, love, wretched beauty, the severity of grace and the gift of weakness, all on the table for their upcoming record.

For now, with their new music video, August River Band deliver us the gift of a different perspective on our current global situation – that this pandemic we find ourselves in, could indeed be an opportunity to change the world we live in.

“We, as a collective, have been provided with a crazy beautiful moment in time to question everything we do and why we do it. The worst that can happen is that we walk away from this and just slip back into our capitalist stream and miss the learnings.”

“We are always one decision away from change, we choose what this world is. We write the song the world sings tonight.”

Tune in and be prepared to broaden your thinking, watching August River Band’s new music video Crazy, exclusively below.