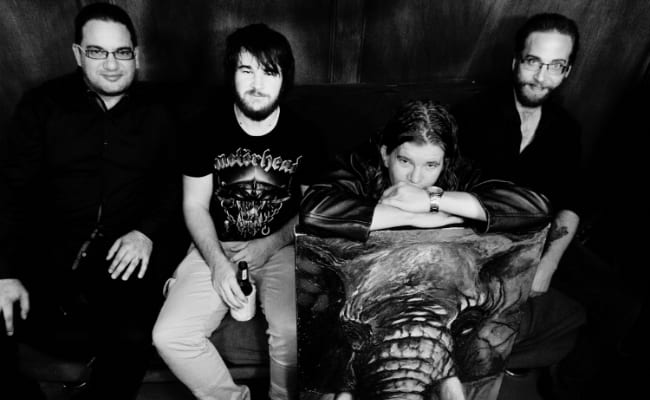 Byron Short & The Sunset Junkies are bringing music to our ears this Christmas in July, gifting us a tune from their upcoming album Revelations, which is due out next month.

Inspired by the music of the American South, the band’s new track Tunica, paints a sonic picture of the small Mississippi town of the same name, and the experiences frontman Byron Short had there.

“Gambling is illegal in The state of Mississippi but Tunica is a riverside town so they’ve built big casinos out over the river to avoid the anti-gambling laws. It’s like a little Las Vegas in the middle of nowhere. I spent one night there and some crazy, spooky shit went down,” said Byron.

With an amazing call and response interaction between the bass and guitar, powerful keys, punchy drums and ethereal backing vocals provided by Ellie Jane, Tunica is a hard-hitting blues-rock tune with dark, poetic undertones. It’s a sentiment Byron says echoes throughout the entire album.

“Dark, poetic imagery is the hallmark of Revelations. Lyrically, this record is very personal. It paints a perfect picture of my life as a rock n roll musician, travelling, performing and learning how to live.”

Renowned for their prolific storytelling and anthemic, blues-rock grooves, Byron Short & The Sunset Junkies fifth studio album Revelations is one to look forward to.

Listen to Tunica exclusively below, pre-order Revelations via Itunes and Sunset Junk Recordings, and catch the band at their album launch party at The Zoo on Friday, 5 August. All event info available here.