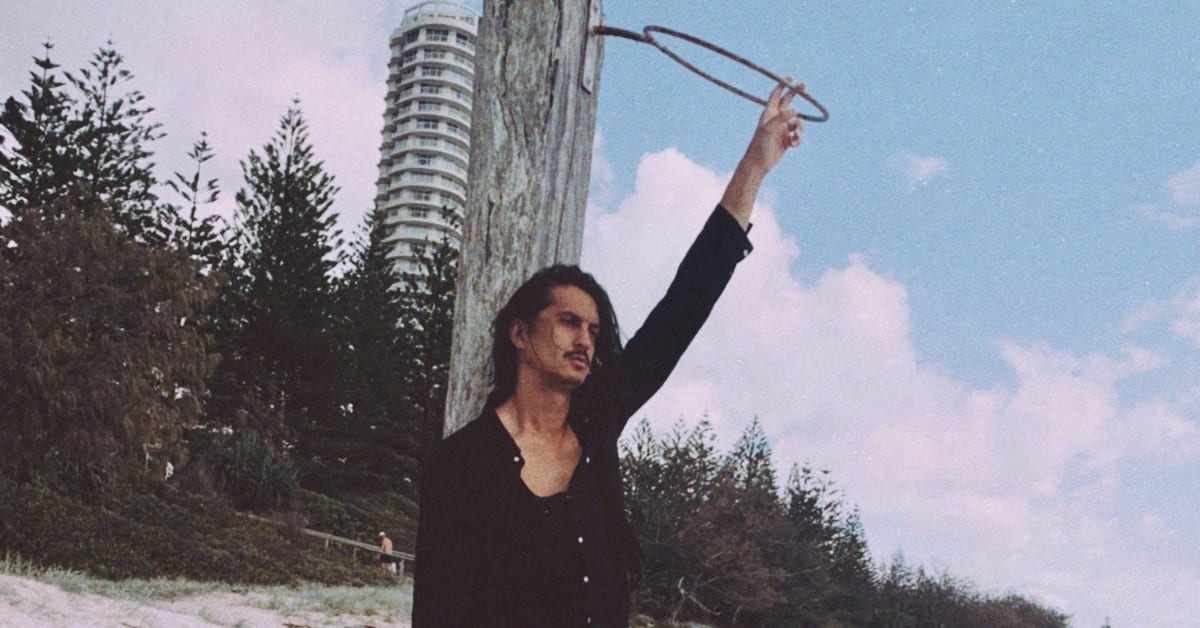 Taking a note from his home-state, Queensland, which can be sunny one day and stormy the next, Brisbane troubadour Cold Shores is delivering an indie-pop gem about being trapped, albeit it in a beautiful place, on new single Sunshine Sate Of Mind, out 22 February.

An alternative beach goth/surf pop outfit, Cold Shores is the moniker of Indy Davies, who many will know as the frontman of rock duo Wakan Phoenix. Following his 2018 debut, Wash Up With Me, Sunshine State Of Mind sees Indy strip things back in a musical lament that thoughtfully teeters on a glass half full versus glass half empty mindset.

“Sunshine State Of Mind is about living in one of the most beautiful, sunny, sprawling places in the world (Queensland), but for whatever reason, still feeling trapped. It’s like a jaded version of a Frank Sinatra love song,” said Indy.

“Where my band Wakan Phoenix is rocking out, I guess Cold Shores is me rocking in. It’s a much more introspective, emotive process. When I write I like to imagine Cold Shores as a bit of a lonely troubadour.”

Teasing that Sunshine State Of Mind sounds like a nice title for an EP, Indy is continuing to create new material for his solo project, drawing influence from the likes of Frank Sinatra to new-wave goth bands like City Calm Down. One day he hopes to play his solo repertoire live with a band, but for now, just getting the music out to fans is the plan.

“I’d like to say thank you to anyone who takes a few minutes to have a listen. Writing as Cold Shores is a really nice thing for me, and having people hear my music is a real bonus!”

Stream Cold Shores’ jaded indie-pop anthem, Sunshine State Of Mind, exclusively below and catch Indy rocking out with his band Wakan Phoenix at Greaser Bar on 15 March.Sunshine State of Mind is out tomorrow, 22 February.