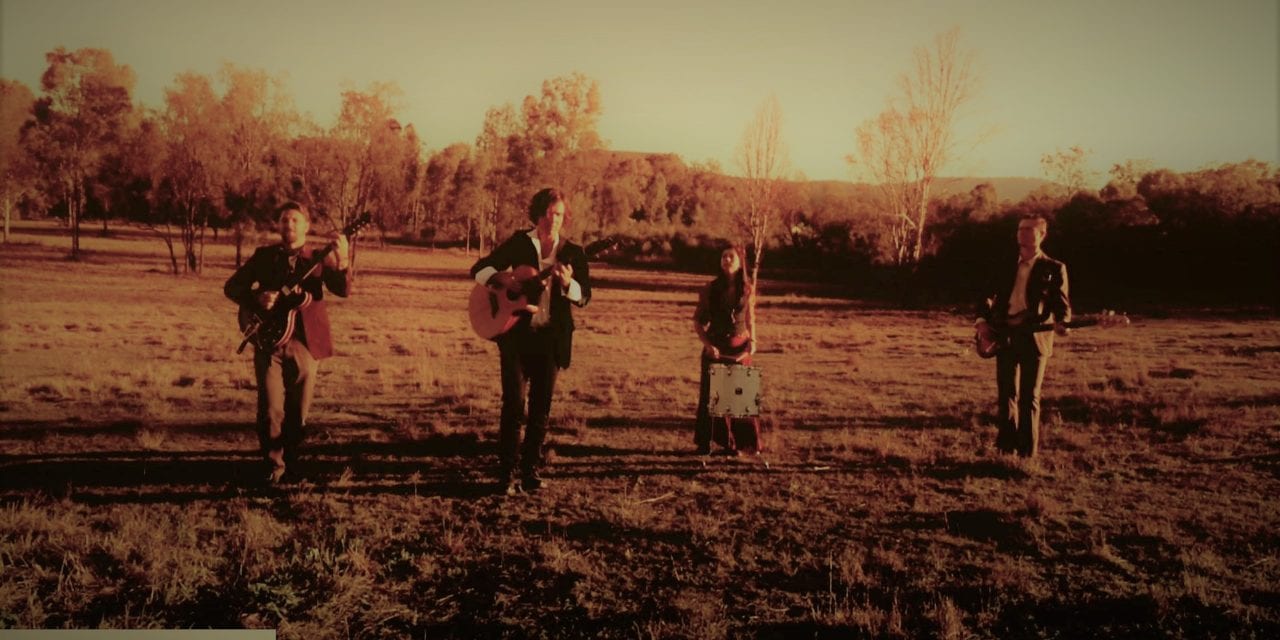 Brisbane folk band Elbury are today revealing the music video for their new single Like Sirens with the help of filmmaker Patrick Delaney, and members of the Velvet Kittens Burlesque Troupe.

The clip, which is set against rural Australian countryside, features shots of the band playing in fields, interspersed with shots of women in white draped across trees, and dancing enchantingly.

Band member Edward Buckridge says the idea for the film clip came from the band’s early talks with the director, which centred on Sirens as mystical women who lured sailors to their deaths.

“We started storyboarding ideas to combine these Sirens with a sort of a rural occult vibe (sort of a True Detective-type thing).  So, not a very literal interpretation of the lyrics but instead capturing the uneasiness or fear that is in the song,” Edward said.

“The clip is roughly in two halves – a ‘light’ half and a ‘dark’ half, with a building instrumental section to separate them.  This captures the ‘before and after’ of an unsettling experience really well.”

The music video is a visual representation of the songs themes around instinctive responses such as fear and panic.

“‘Like Sirens is basically about noises or sounds that evoke a primal or instinctive response – like sirens, crying, or breaking glass.  Sounds that you can’t help but react to – sounds that make you feel uneasy or afraid.”

Check out the video for Like Sirens below, and keep an eye out for Elbury’s new album Haunting Ground which drops next Monday, 1 May.