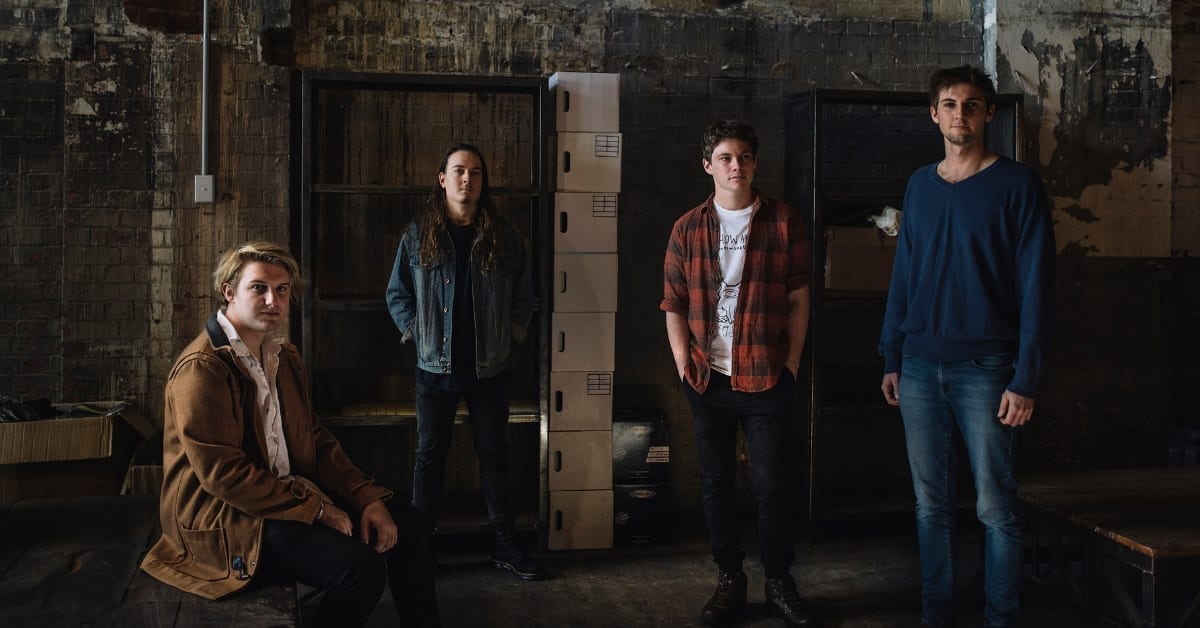 Take a seat, settle in and enjoy the indie-rock, surround sound experience that is Foxymoron’s debut EP Soapbox Cinema – Part I, out this Friday, 21 December.

Described by front man, Jason Overton, as a “cinema” or “gallery” of the band’s sound, Soapbox Cinema is the first half of a two-part record, that serves as a timely reminder ahead of the New Year, that we all need to do a stock-take of our lives from time to time.

“If we’re trying to achieve anything with this EP, it’s to remind people to take a step back and reassess their beliefs, processes and interactions; to put things in perspective,” said Jason.

“Soapbox Cinema is quite sentimental for us. Both parts come from the same time and place in our lives, but this first installment is a little darker than what’s to come. These first four songs look to the past while the four tracks on the second record are future-orientated.”

With the songs on the record being some of the first ones the band wrote whilst finding their identity, Jason says Soapbox Cinema is also an oxymoron connecting their past and present – they’re a small band (soapbox) with big ideas (cinema).

Influenced musically by the likes of Sam Cromack and Sufjan Stevens, the tracks on Soapbox Cinema feature singles Thought Criminal (a dystopian track inspired by George Orwell) and Signal Flare (a sarcastic, musical response to a university assessment task) as well as anthems covering the overlap between politics and relationships (Shepherd), and the experience of being a toxic human being (The Fall).

The New Year will see Foxymoron take Soapbox Cinema – Part I on the road, with an East Coast Tour that includes shows in Sydney, Melbourne, Bendigo and Port Macquarie before concluding with a hometown show at Brisbane’s Black Bear Lodge on 24 January.

“It will be awesome to come home and perform in Brisbane after touring through Sydney and Melbourne. We’re lucky to be joined on the night by two great local bands, Big Whoops and Mister Sister. As well as playing our new songs, we’ll also be unveiling our first batch of merchandise. We can’t wait!”