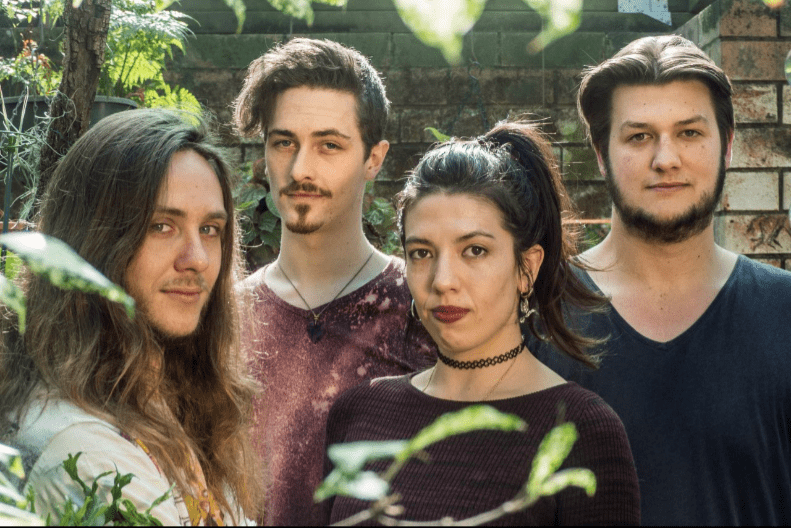 Hauntingly honest yet hopeful, Interalia’s moving new single Aleon, sheds light on the reality of living with, and recovering from, a mental illness.

Aptly named after the street they held rehearsals in, Aleon was the first track the band wrote with new drummer Campbell Buick during their eight-month hiatus. Written from a victim’s perspective, bassist Dan Weston-Green says the song is an open and honest plea for understanding.

“It’s about having dark thoughts that feel totally out-of-character, coupled with a desperate desire to break free of those thoughts. Aleon has dark moments, but it also has an air of hopefulness about it,” said Dan.

With nearly half of the population expected to experience mental illness in their lifetime, Aleon is a timely reminder that we need to speak up and support one another.

“Mental illness is becoming more common yet it’s still taboo to be able to express it so forwardly and genuinely amongst each other, which only adds to the struggle.”

“We want Aleon to provide a message of hope for all those who are still struggling.”

Inspired by bands like Tool and Placebo, Aleon also marks a new direction for the band. It is the follow up single to their debut EP Amongst Other Things and a preview of what is still to come on their sophomore EP.

“This single is a step forward with regards to our song-writing and instrumental experimentation. Our new sound is immersive and dynamic, with rich storytelling lyrics, emotionally-moving chord progressions and complex rhythms. We are going above and beyond on our next EP!”

Interalia will be launching Aleon and giving fans a taste of their new material during their set at Prog Valley at New Globe Theatre this Saturday, 17 June.

Thought-provoking, candid and beautifully relatable,  Interalia’s new single Aleon is streaming below. Aleon will be available for download via BandCamp on Saturday, 17 June.