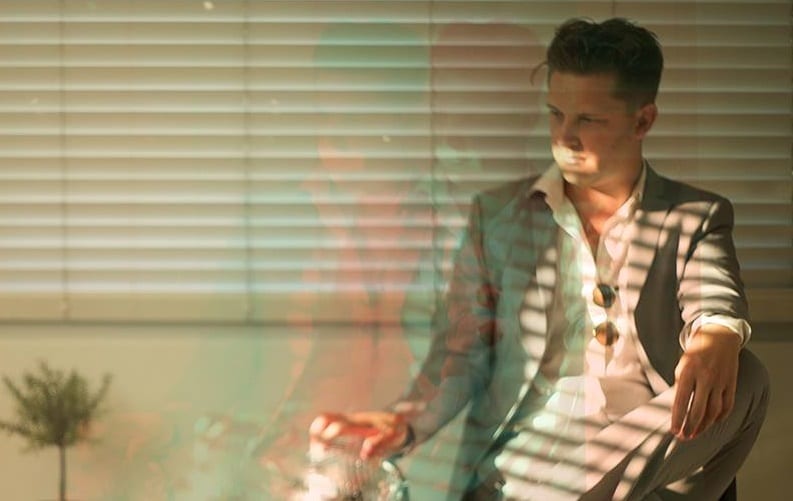 With a dreamy-pop sound reminiscent of The Beach Boys, Jacob Moore’s debut single Infinity is the perfect soundtrack to see out the final weeks of summer.

After spending 12 months writing and recording a bunch of material for his new solo project, Jacob’s decision to release Infinity as his first track was the result of a coin toss.

“The decision came down to two tracks, so I flipped a coin. Infinity covers a lot of ground and is a good introduction to the more in-depth songs I have coming up,” he said.

While the original version of Infinity was meant for his old band, Jacob kept the track for his solo project because the story it tells represents something personal for him.

“The song itself is a metaphor. It explores what it would be like for an orphan to receive life advice from their parents from the other side.”

Wanting to give the song a retrospective vibe with a modern twist, Jacob produced Infinity himself with the help of producer and sound engineer Simon Cohen (HAIM, Joy, Justin Bieber). The track was written and recorded between his apartment and Studios 301 in Sydney.

Infinity signals an exciting new beginning for Jacob, who plans to continue writing and releasing new music in the coming months. Infinity is a delectable tune that will have listeners dreaming away the remaining hazy days of February.

Listen to Infinity exclusively below, and get your hands on a copy of the song when it’s released tomorrow (Wednesday, 10 February).