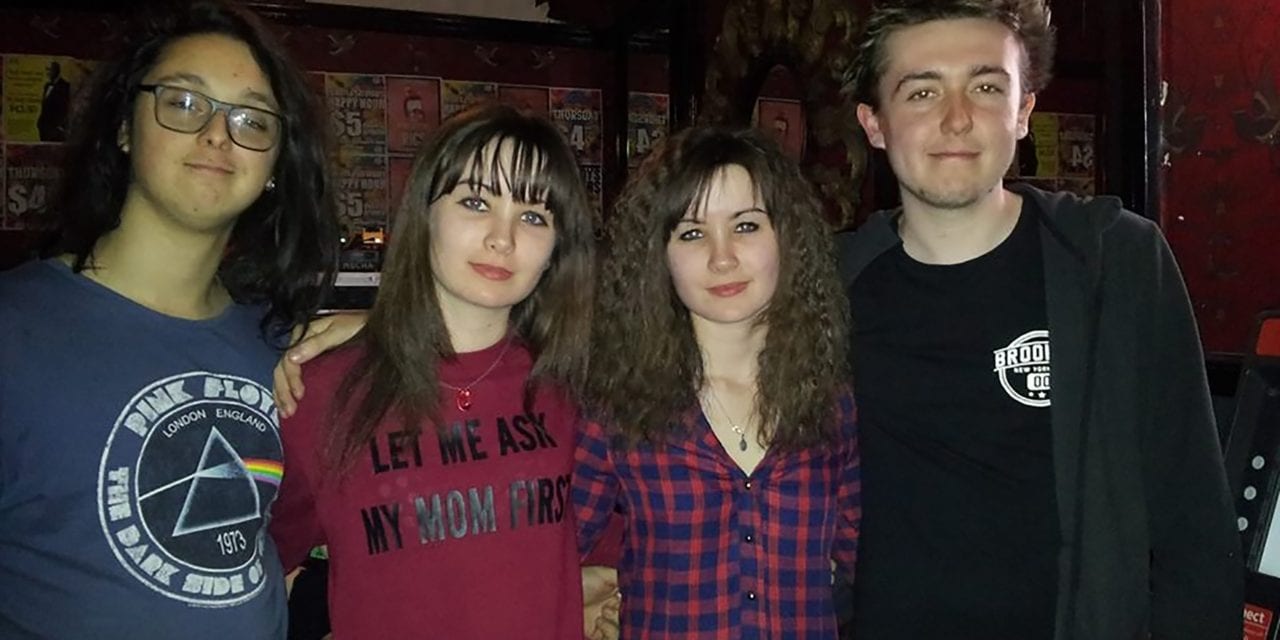 Is hatred an inherent human trait, or a learned frame of mind? According to Brisbane grunge-punk rockers, Lunchtime, the disharmony in the world has one root – us – and it’s time we build a bridge and move forward, united.

Written in the wake of the London Terror Attacks earlier this year, the band’s new single Hate Is A Noun explores the consequences of what happens when hate becomes more than just a feeling; when it’s no longer an emotive noun, but a loaded and dangerous verb.

“Hate Is A Noun explores the idea adults are in control of our lives and our future – they’re the ones declaring war on each other and us kids just grow up and inherit all the hate and violence,” said vocalist and guitarist Constance Grafos.

“We want to show that the cycle can be broken if people stop letting others walk all over them and do something to change their lives.”

Produced by local film-maker Cheyne Starkie, the accompanying music video conveys the song’s political message well. Centred on a youth who rebels against adult power, the band uses the act of breaking things to symbolise the breaking down of old ideals to create a new future.

With a rebellious attitude and beats reminiscent of punk and grunge greats like Nirvana and the Sex Pistols, Lunchtime’s latest banger Hate Is A Noun is a smashing preview of what they have to offer.

Watch Lunchtime’s thought-provoking new music video Hate Is A Noun exclusively below and grab a copy of their debut EP Feedback!

HATE IS A NOUN – LUNCHTIME