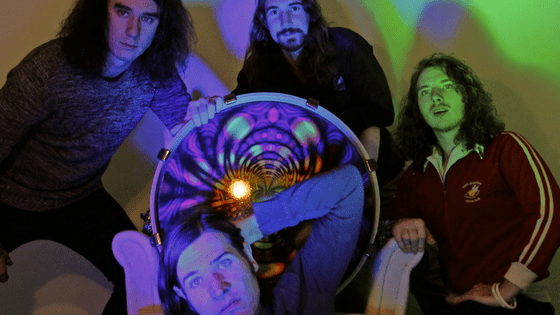 Where there’s smoke, there’s fire and that is certainly true of Brisbane psych-rockers Magenta Voyeur, who are today lighting a musical matchstick with their new single Embers.

Recorded at Airlock Studios, Embers is an inward journey and reflection piece that touches on the ancient idea of fire’s renewing properties.

“Embers was inspired by the experience of surfing and standing knee deep aimlessly in the ocean late at night, pitch-black, hearing the static noise of the waves. The song is all about the comedown – the sheer contrast that it takes for realisation. It’s the closest thing we have to a ballad,” he said.

Embers is the first track to be released from the band’s forthcoming EP Moongalba. Magenta Voyeur will be officially launching Embers at The Bearded Lady next Friday night, 2 September.

Listen to Embers exclusively below, and grab your own copy of the track via Bandcamp here.