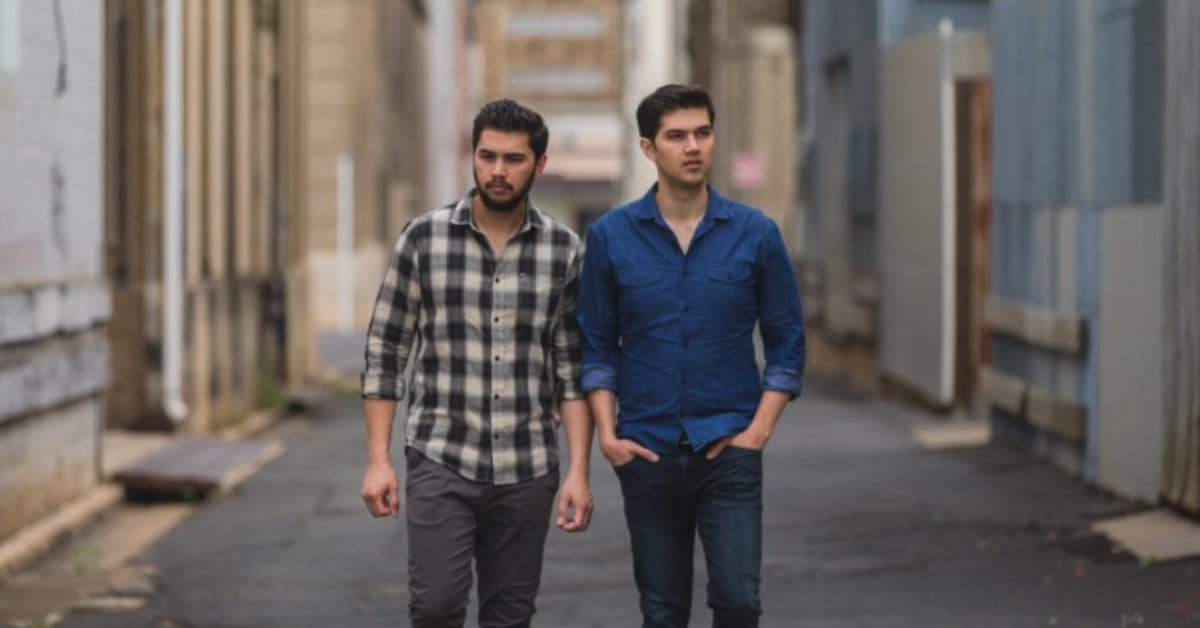 Turning tragedy into beautiful art, indie-folk duo, The Short Fall are today unveiling their touching new single Under The Clouds.

Originally written four and a half years ago as an acoustic-driven song reminiscent of early Pete Murray, the duo recently recreated the track with ARIA Award winning producer Jordan Power (Angus & Julia Stone, Xavier Rudd, The Living End) to showcase their new sound, and pay homage to their collaborator, friend and producer, Anthony Lycenko, who passed away late last year.

“We were a little anxious heading back into the studio for the first time since Anthony’s passing, but Jordan quickly put us at ease. I don’t think we’d stopped to process just how much Anthony’s death had affected us until we were driving to Byron Bay to record the track,” said The Short Fall’s Angelo Conway.

“For us it was dipping our toe back in the water after quite a long time away from the studio. The experience was quite cathartic; in a way, a piece of Anthony is in this song, as we’d worked on it with him all those years ago when we originally wrote it (it was written for our first EP) so it’s come full circle.”

Inspired by The Police’s Every Breath You Take, the current version reads like an unrequited love story, while still maintaining an air of mystery that allows listeners to draw their own meaning.

Brothers in blood and music, Angelo and Ryan Conway continue to work on their fresh ideas and sound in separate areas of the Sunshine State. We personally can’t wait to see what comes next for this talented duo!

UNDER THE CLOUDS – THE SHORT FALL