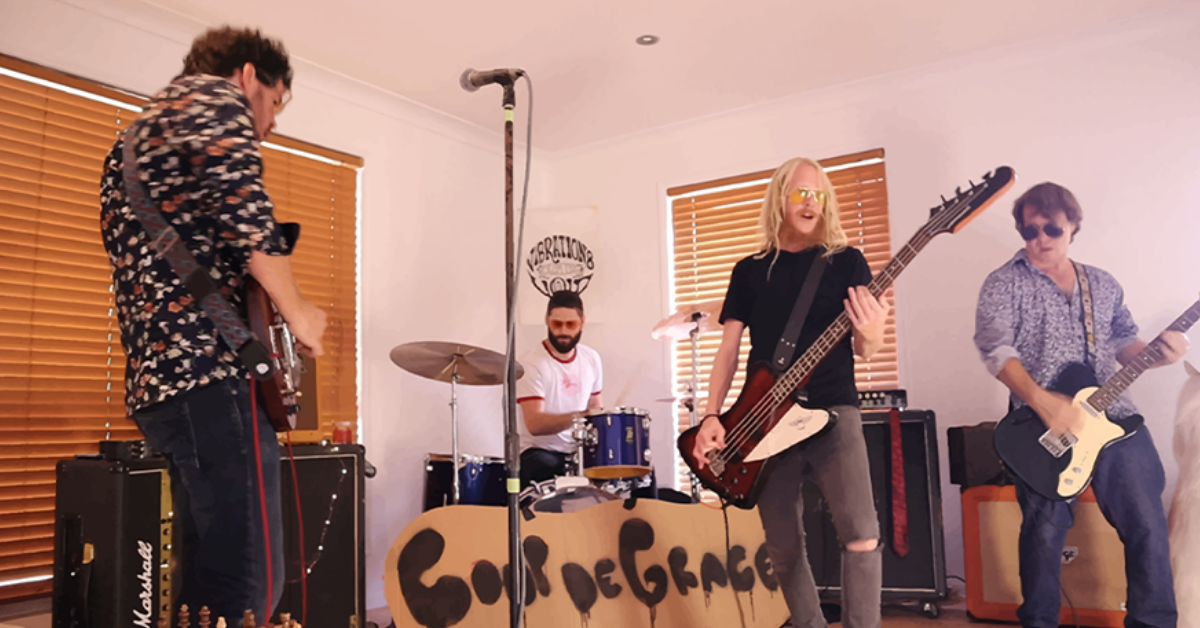 Oozing 1970s sentiments like a Bee Gees song rippling through the Saturday Night Fever dancefloor, Vibrations From The Void indulge in some pre-isolation fun on their retro-tinged new music video, Coup De Grâce.

Setting themselves the task to get bodies moving, the Brisbane four-piece create infectious rock n roll grooves that harken back to music’s heyday. In fact, Coup De Grâce was heavily inspired by none other than Redcliffe natives and 1970s icons, the Bee Gees.

“The band took a six-day road trip and during that time we only listened to the Bee Gees greatest hits. When we got out of the car and picked up our instruments, the first thing that came out was Coup De Grâce, exactly as you hear it now,” said lead vocalist and rhythm guitarist, Ryan Murr.

Recorded with studio engineer and producer Brock Weston at Bedlam Studios and mastered by Tyson Ruth, Coup De Grâce is also influenced by greats like The Doors, Led Zeppelin and The Rolling Stones. The accompanying music video, which was filmed by Bad Publicity’s Indy Davies pre-covid-19, shows the band rocking out at home with their favourite 70s-inspired sunglasses on, and has a live-to-air concert feel to it, circa Australian Countdown days.

“The single was recorded live, straight to the desk to capture every little bit of energy, and sticking to that traditional form, we chose to film the music video on Super8 film. The vision was the band in its natural habitat, writing, having fun and having a few cocktails.”

With the band only coming together in early 2019, Coup De Grâce provides a glimpse into what they are currently cooking up on their upcoming debut EP.

Grab a cocktail (or mocktail), and enjoy this dapper performance by Vibrations From The Void on their new music video Coup De Grâce, which you can watch exclusively below.