Press Start To Continue: Boss Fight And The Consouls Have Your Supanova After-Party Sorted 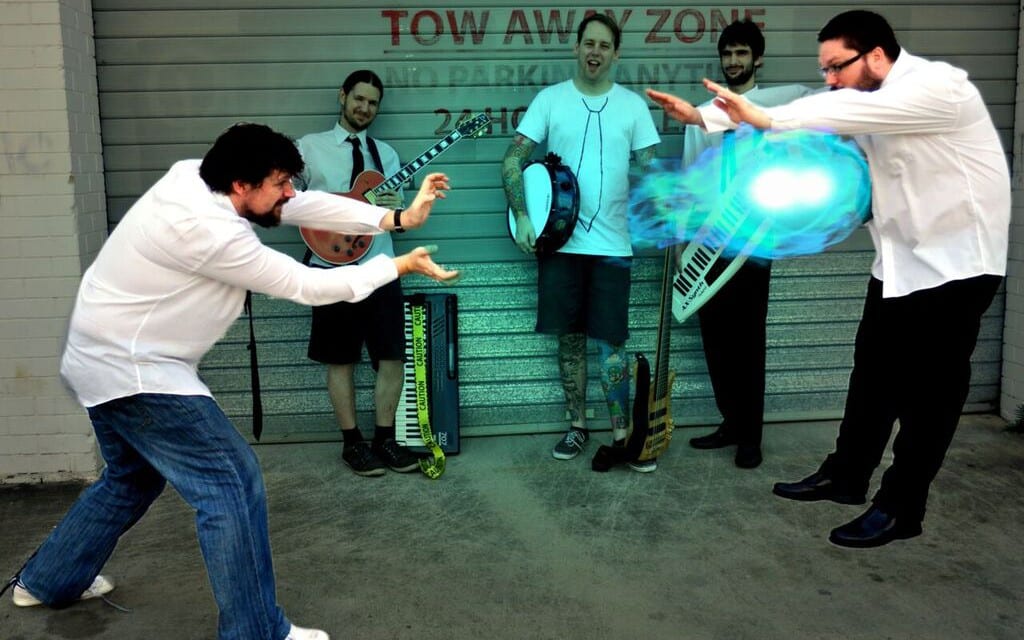 Are you heading to Supanova this weekend and looking for somewhere to party afterwards? Or maybe you’re a massive gaming enthusiast but can’t afford a ticket? Whichever boat you’re in, Press Start To Continue – Brisbane’s coolest video game music party – has you sorted!

Back for its second instalment, Press Start To Continue will feature two of the country’s most interesting acts dedicated to the niche genre of video game music – Brisbane’s own Boss Fight and Sydneysiders The Consouls.

The Consouls, whose quirky jazz arrangements of video game tunes have seen them play to Sydney Supanova audiences, will be opening the night in what will be their first ever Queensland gig.

“We’ve wanted to travel interstate for quite some time and were fortunate to have an opportunity to play at Brisbane Supanova this year. We’re looking forward to finally performing with another group in the video game space – Boss Fight really know how to hold things down,” said double bass player Jonathan Gamra.

“As we’re playing to a new crowd, we’ve pulled out all of our favourite arrangements to create a ‘best of’ set where we’ll be playing big tune after big tune. You can expect all the heavy hitters like Mario, Pokemon, Skyrim etc. but also a few from our favourite smaller games. It’s going to be an energetic, giant set!”

Joining them on the night are Boss Fight, Brisbane’s own video game music powerhouse. Using an array of electronic equipment, Boss Fight play game music from any era and any platform, turning each tune they play into a larger-than-life ensemble.

“We have a blast playing these tunes. Game tunes aren’t designed for live performance, but they come to life in a new way when you do actually play them,” said Boss Fight’s Thomas Green.

“Over the years we’ve built up a few hours of game music repertoire, ranging from really contemporary to really old stuff. So basically we just pick what we feel like playing – we like to pull out all the impossible to play tunes.”

Press Start To Continue kicks off at 7pm this Friday night at The Motor Room (West End). Bring your friends, stay in your costume (if you’re coming from Supanova…or even if you’re not why not don a costume?) and get ready to dance to some classic gaming tunes and less known gems.

In the words of Boss Fight it’s going to be…

“Raging inflamed semiquavers made of binary and nerd hormones bursting out of their radioactive song canisters seizing you and scalding your eyeballs with love.” GAME ON!

Press Start To Continue is a FREE event, and open to all. More event info can be found here.