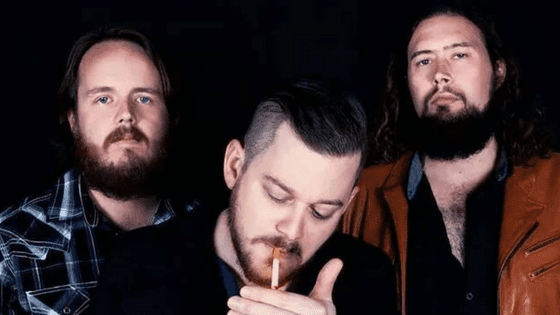 Before the show started, in the dark and intimate band room of The Milk Factory there was a noticeable buzz from a happy group of people gathered for an ‘all killer, no filler’ line up and the launch of a single.  Following would be a night of great music, personality, hints of blues rock and a happy crowd.

Opening the night with distorted guitar are Brisbane two-piece Faux Bandit.  They delivered a show chock-full of personality with heavy riffs, tight playing and a delightful blend of influences and vibes including rock, stoner, blues, psych and a hint of 70s heavy metal.  Their songs were interesting and cleverly written with features in spades.  Faux Bandit blended impeccable, groovy and soulful guitar playing with, characterful and charismatically delivered vocals, clever lyrics and solid, tight and interesting drumming.  For a two piece they made a huge sound that had the crowd grooving along with their instantly recognisable tracks such as Is MDMA Vegan?, Flex, The Better You Look, The More You See and a new track which, as a crowd member was overheard remarking ”..was fucking awesome.”

With a full, heavy, blues rock sound and energetic delivery, Sydney’s The Desert Sea kept the party going.  Playing as a three-piece they delivered dirty and heavy riffs and wailing solos, rich and full vocals reminiscent of Paul Rodgers, solid rock drumming and huge bass all delivered with passion and vigour.  The Desert Sea rocked the pleasantly packed room with a tight and energetic set that had the crowd dancing along with tracks such as Thirst and Elevator.

Closing out the night were Brisbane trio Junior Danger.  There was a noticeable buzz in the room solidified as the crowd cheered at the first note of the guitar.  After a little bit of wrangling, Junior Danger managed to entice the crowd to the front of the stage where they danced along to deep and rich vocals, tight backing vocals, wailing guitar and tight, thundering, groovy bass and drums.  With a sound that moved from heavy pop rock to dirty blues to indie rock, Junior Danger delivered a live, exciting and passionate show including stand out tracks Cheap Wine, Lust Revolver and Black River Automatic before closing out the night by officially launching their new single Dirt and Grime to a huge and happy crowd reaction.

The official launch of Dirt and Grime was a success with love and buzz in the room, dancing and passionate performances. Listen to Junior Danger’s latest banger Dirt and Grime below!