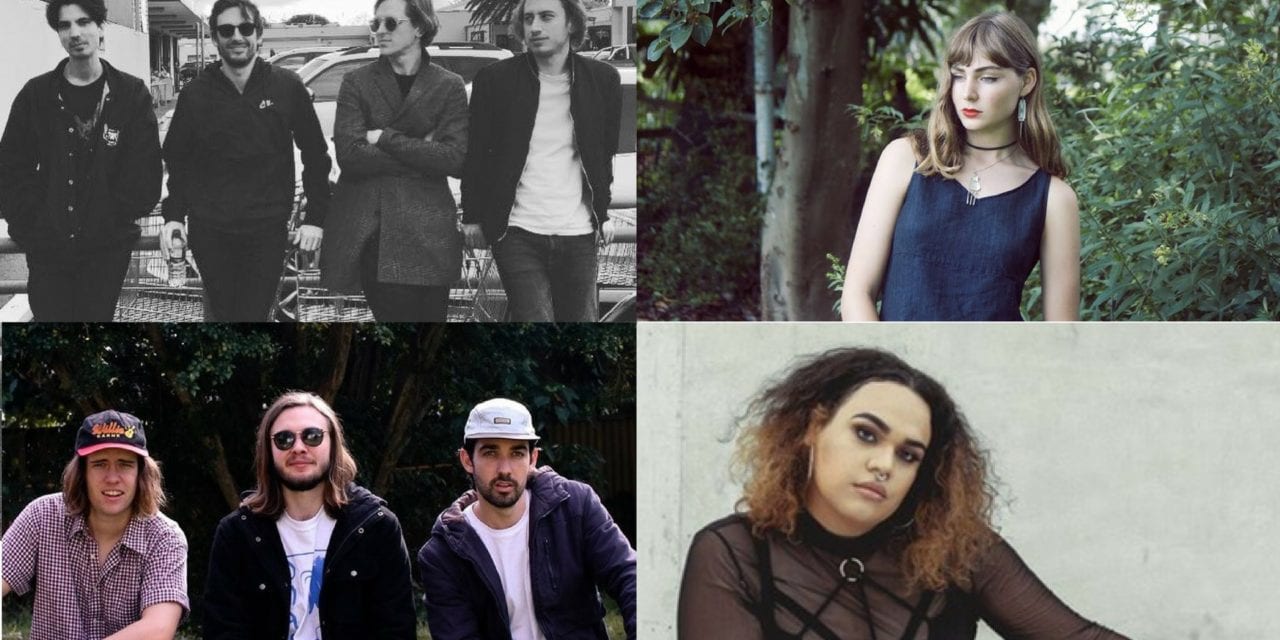 Last Saturday night, 11 February, Brisbane’s Fortitude Valley played host to a free show not to be missed. Mountain Goat Valley Crawl spanned multiple venues offering a diverse selection of some of Australia’s finest musical talent. Here’s our thoughts on a few of the local and interstate favourites we got to see…

“I just got here from Sydney.  Let’s party”! Brisbane’s own Miss Blanks slayed as she kicked things off at The Brightside joined by Levi on the deck. During an excruciating heat wave the dark and cool interior of The Brightside was a welcome relief.  From the first beat Miss Blanks has the dedicated audience dancing along (no mean feat considering the temperature) to huge beats and her deliciously bad-ass rhymes, reminiscent of Missy Elliot.  Her rapping style was smooth, rhythmic and quirky and her stage presence was fun and confident.  The set included new track Freak You, which garnered a huge crowd reaction and very catchy, stand-out tracks Drop It Low and Been A Baddie.

In a room flooded in pretty lights reflected from disco balls, huge drums announce Future Haunts who played to a packed crowd.  Thunderous drums, thumping bass, driven and chiming guitars, haunting lead lines and clean pop/rock vocals from the Brisbane four-piece have the crowd swaying and moving along.  Self-described as post-garage, their songs appeared to include influences that were anything from new-wave, shoegaze, upbeat rock and pop, all well-written and well-executed with interesting musical features.  The set featured new material which the appreciative and cheering crowd clearly loved.

THESE NEW SOUTH WHALES @ The Zoo

Newly renovated, The Zoo was packed out for Sydney four-piece These New South Whales who opened by paying their respects to the traditional land owners and Elders past and present.  A low and eerie growl, cymbals, rumbling bass and guitar feedback starts the energetic set.  The show was tight and exciting, the singer commanded the audience – throwing water into the crowd and addressing them with jokes, stories and impersonations. The large crowd responded with excitement: slam dancing, moshing, chanting, throwing toilet paper rolls and crowd surfing to the band’s heavy guitar and bass, groovy rock drums and animated and intense vocals. The music, which had elements of hardcore punk, rock and metal, was tightly executed with passion and attitude.  The set included new material and standout tracks Meat Hook and Mumma’s Tit.

It was hard to move in Black Bear Lodge as the crowd eagerly waited for Brisbane’s Clea.  Smooth vocals and beautifully executed harmonies paired with interesting songwriting and tasteful arrangements allowed Clea’s songs to open up and take directions towards indie pop, rock and even country.  Notably, the crowd seemed to really engage and connect with the music, reacting happily to musical moments.  The crowd screamed the roof down after an amazing cover of Crimson and Clover and responded to the more intimate moment when Clea performed the track Polyester solo with her acoustic guitar.

Overall, Mountain Goat Valley Crawl is a playground for the hottest up-and-coming acts Australia is yet to see. Count us in for next year!