Review: Rick Dangerous & The Silkie Bantams’ Local Support Acts Helped Them Tear Down The House At Their ‘Bruja’ Single Launch 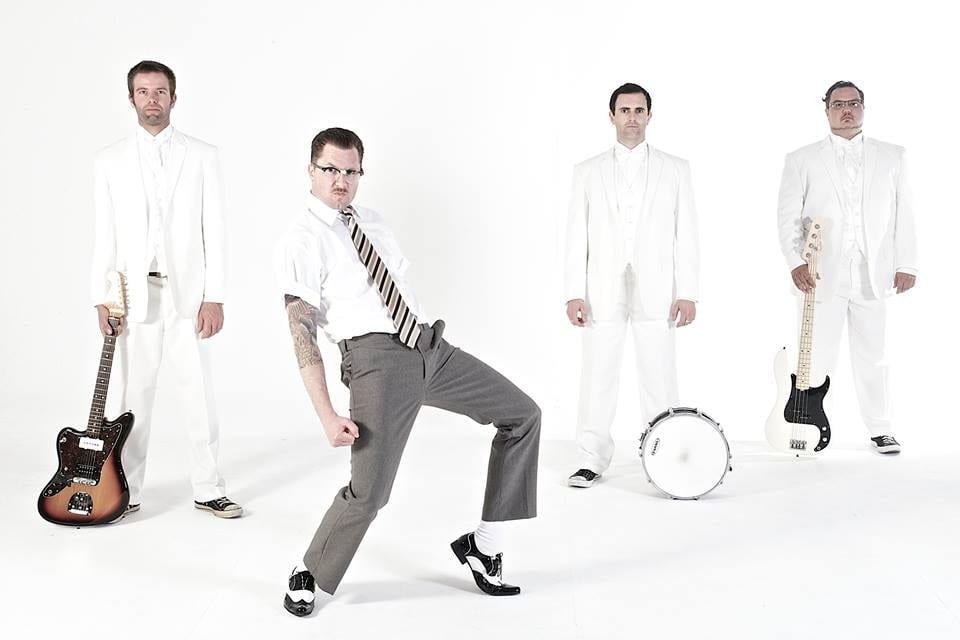 There was plenty to celebrate at Crowbar on Friday night, 1 April. Rick Dangerous & The Silkie Bantams released their new single Bruja, Release The Hounds changed their name and local support acts Tai Sui, The Iron Eye and The Wrath demonstrated they’ve all got the goods to be headliner acts.

Tai Sui kicked off the night with their brutal and addictive blend of metal-pop. From the moment lead singer Alexis entered the stage banging drum sticks together to a tribal-like rhythm we knew we were in for a decadent treat. With wicked, heart-throbbing beats and Alexis’ insanely strong vocals, the band got the party started with nine songs of all out metal rebellion. There were songs expressing disdain at the corporate world, songs encouraging listeners to explore their wild side as well as metal-rap hybrids inciting dissent. As their song Fame touted, Tai Sui were born to be stars.

Up next were rock trio The Iron Eye who completely shredded the stage with their musical prowess. Their set was tight and their mastery of the stage explosive. Lead singer and guitarist Nick Lythall’s rock star confidence and charisma was particularly impressive and comparable to that of Michael Hutchence. Each band member played with such ferocity that their combined sound and frenetic energy could have easily filled a stadium. A must see band for all fans of untamed, no frills rock.

Third in line was The Wrath who burst onto the stage, leaving no head unturned with their brash brand of punk rock. Their live sound and style was reminiscent of early punk AFI, with the instruments and vocals blending to create a spirited wall of sound. Hardcore punk headliners Release The Hounds (newly named Shutup Shutup Shutup) also turned the volume up, rounding out the night with an immersive soundscape you couldn’t tear yourself away from.

The men of the night though were the men in white – Rick Dangerous & The Silkie Bantams. Dressed in white suits and in full character mode, these brazen larrikins really put the ‘thrust’ in thrustcore. It was easy to tell the crowd was pleased with what they heard – they were the first band of the night to get a majority of the audience dancing (everyone particularly lost their minds to the single of the night Bruja). The crowd’s enthusiasm though was no match for that of the band’s provocative and audacious frontman. This band is the full package and they put 200 per cent into their live performance. All in all, if you’re heading along to Legion Music Festival next year we highly recommend you make a beeline to see Rick Dangerous & The Silkie Bantams.

The Silkie Bantams have just wrapped up their Bruja Single Tour. Make sure you take a gander at their Bruja music video for a dose of awesomeness.