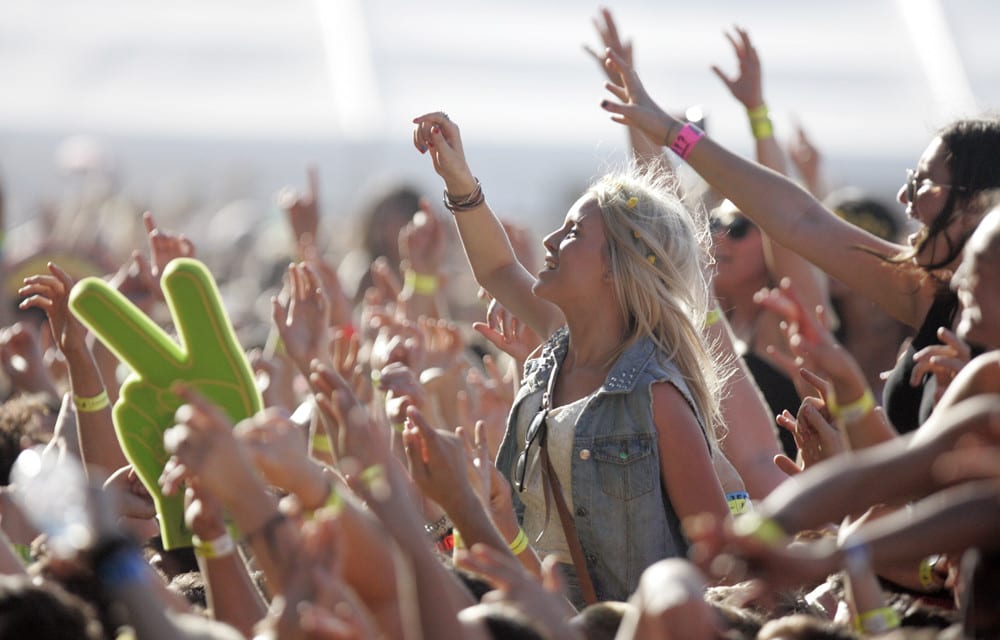 BIGSOUND and Maroochydore Music and Visual Arts Festival may have wrapped up last week, but Queensland’s Spring festival fun has only just begun. With the weather warming up it’s time to get outdoors and soak up some live music. Here’s five festivals we’re frothing over that are all on in September!

Brisbane Festival is back with another year of music, theatre, and fun! Some of the features of the September event include cabaret experience Meow Meow’s Little Mermaid, Brisbane Airport 3D Street Art, and ballet performances of Snow White at QPAC. Many of the events (such as Gender Gaze Photographic Exhibition and City Hall Concerts) are free, and events such as 3D Street Art and Rainbow Vomit are perfect for the whole family. All line-up, event and ticket info available here.

Brisbane Pride Festival celebrates its 26th year, and The Fair Day is set to be a cracker! New Farm Park will be turned into one big playground later this month as The Fair Day takes place. The day will feature live music, DJ sets, yummy eats, community stalls, competitions, and heaps more! Definitely a day not to be missed. All line-up, event and ticket info available here.

Quandamooka Festival is a three-month calendar of events from July – September, celebrating the culture, country, and the Indigenous people of the Quandamooka (Moreton Bay) region. At this year’s closing event on 17 September, Xavier Rudd will be performing alongside a line-up of internationally acclaimed local Indigenous dance troupes including the Yulu Burri Ba, Nunukul Yuggera, and Guruman dancers. The event will also feature fresh local food, markets, art, and activities for the kids. All line-up, event and ticket info available here.

Elbow Valley is home to Manifest later this month, and the festival is set to be a stunner. Boasted as an unforgettable camping experience, the Manifest line-up features artists such as Ed Solo, Blockhead, and Astronomy Class. By attending you will also be doing your bit to help the environment, as every ticket sold sees Manifest plant one native Australian sapling. All line-up, event and ticket info available here.