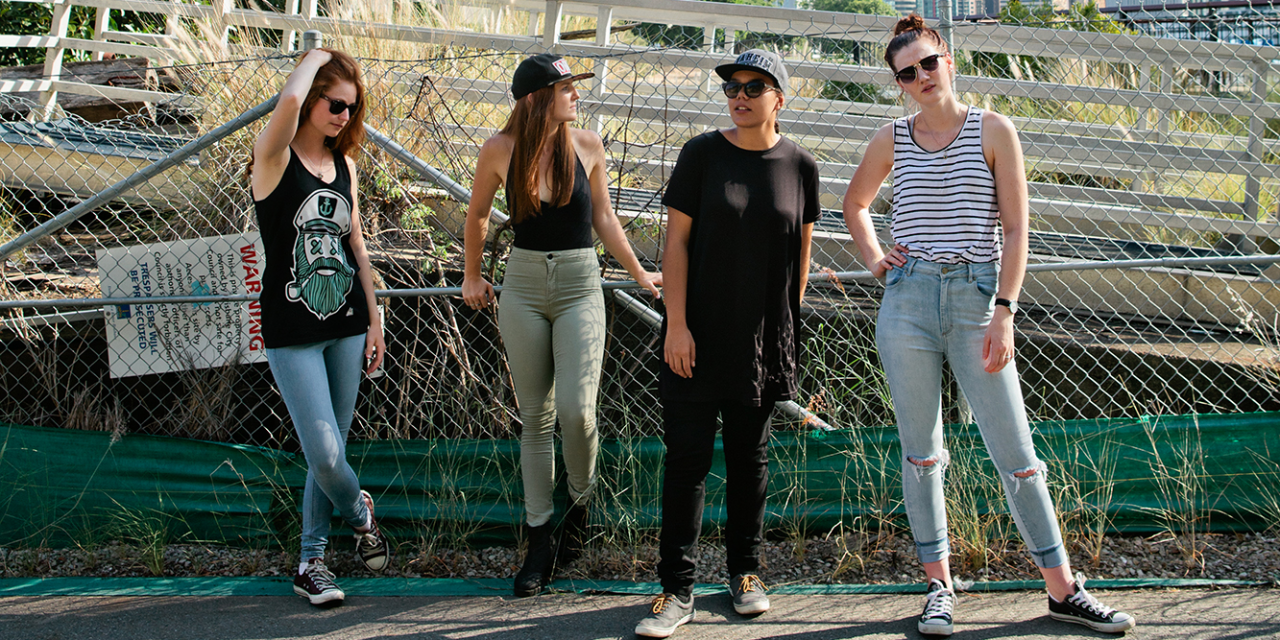 After a one-year hiatus, Brisbane pop-rap hybrid Sneeky Picnic are making a comeback! Unlike the Spice Girls whose reunion world tour was over before it even began, Sneeky Picnic’s reunion is definitely happening with their comeback gig locked in for Saturday, 21 May at The Milk Factory.

Although the band was on a break, each band member kept busy with individual projects. Lead singer Erin Ross launched her solo career as Erin Jane, rapper Jess Koroi released an EP under the moniker Jesswar, while bassist Kathryn Bermingham and drummer Steph McIntyre continued making music together in The Mouldy Lovers. For all of them though, nothing compared to Sneeky Picnic.

“All of us missed playing in Sneeky, our other projects were successful but we missed being on stage together,” said Jess.

“We’re all super excited to be jamming again and what excites us the most, is how much we’ve all grown. At our first jam session it was like we picked up exactly where we left off and the room was full of energy and tasty music.”

The foursome are already working on some new tunes, with plans to release two singles before the end of the year.

“Our new sound is more mature than our previous EP. We’re all inspired by different things and so far we’ve got two new tracks that feature catchy pop melodies with a strong hip-hop influence.”

Their time apart has also allowed each of them to expand their musical palettes, bringing new flavours to the band’s sound. It’s been a turning point in their song-writing, and something they’re eager to share with their fans at their show next week.

“We’re so happy to be hitting the stage again! We’re all pumped and ready to rock out. The new singles will get a spin as well as our old party anthems.”

For a reunion that will be better than the attempts of The Spice Girls, NWA and Lily Allen combined, make sure you book your tickets to see Sneeky Picnic next Saturday night.