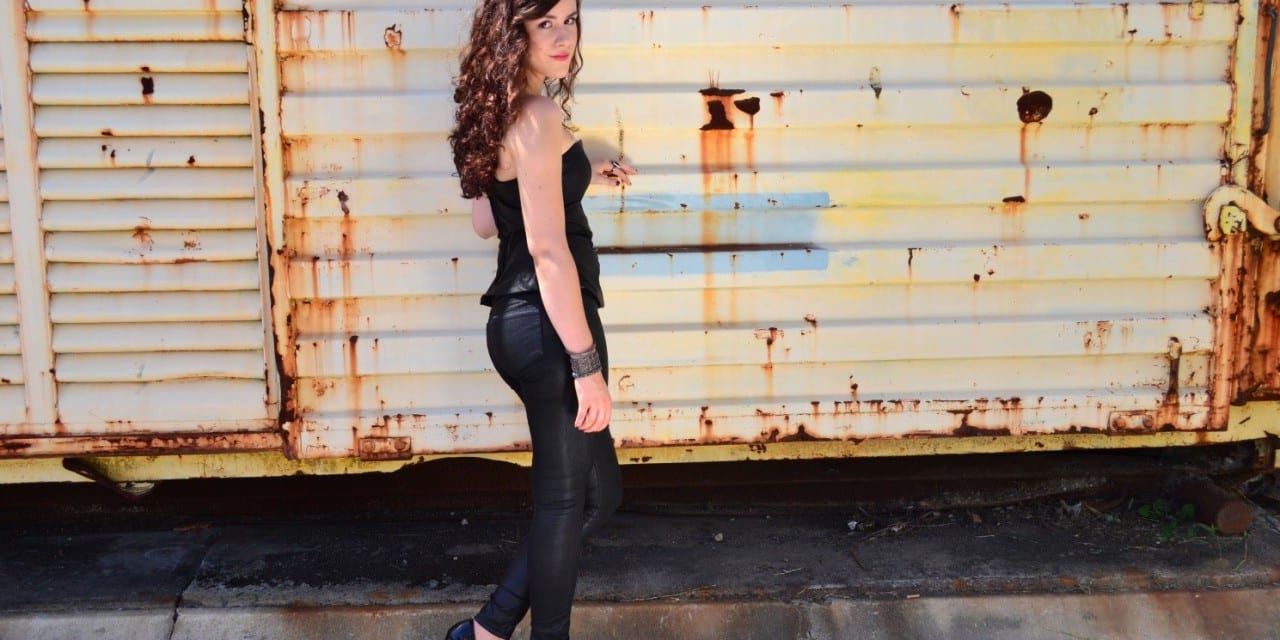 Unlike Emily Thorne from Revenge who wages all-out war on those who slight her, country singer-songwriter Hayley Marsten knows writing a catchy-as-hell tune (or five) is the best way to get even.

With bucket loads of sass and killer confidence, Gladstone-born Hayley is already making a splash in the Australian country music scene, recording her debut EP Even with country music heavyweight Bill Chambers at Foggy Mountain Studios in December last year.

Inspired by her own life experiences and those of her friends, Even is Hayley’s way of taking aim at those who’ve doubted and wronged her.

“All of the songs on the EP are about getting even and I like that tie between all of them, that’s why I picked the tracks,” she said.

The lead single Storm In A D-Cup (music video below) is a bold introduction to Hayley as an artist and as a person – it’s a toe-tapping anthem about embracing all the little things, good and bad, that make you, you.

“I wrote the song after I had a bunch of people telling me I needed to change – change the way I dress, what I sing about, my hair, and everything in between.  And I thought ‘you know what, I like who I am and I’m just going to stay me.’”

“It’s the most autobiographical song on the record and one of my favourite song’s I’ve written.”

Every single song on Even is raw, honest and relatable. Opening track If It Gets Back To Me throws sass at people who spread nasty rumours. With lyrics like ‘I didn’t slash your tyres but I wish I had/You better shut your mouth or I’ll shut you down,’ even Mean Girls’ Regina George would run for cover. Then there’s If You’re Gone, Even, and On The Rocks which throw shade at bad partners and unravel relationship woes.

Writing candidly about other people is all part of the fun, and so far Hayley hasn’t been confronted by anyone she’s written about.

“I never tell anyone that I’ve written about them, but I have played songs about people while they were in the audience – whether they’ve cottoned on or not I’m not sure.”

“There are songs on the EP that if certain people heard them they would know straight away it was about them, so we’ll see if anyone confronts me when the next single comes out!”

Hayley Marsten’s Even EP is a fiery delight, demonstrating revenge is best served as success!

Watch the Storm In A D-Cup music video below and be sure to visit Hayley’s website here.