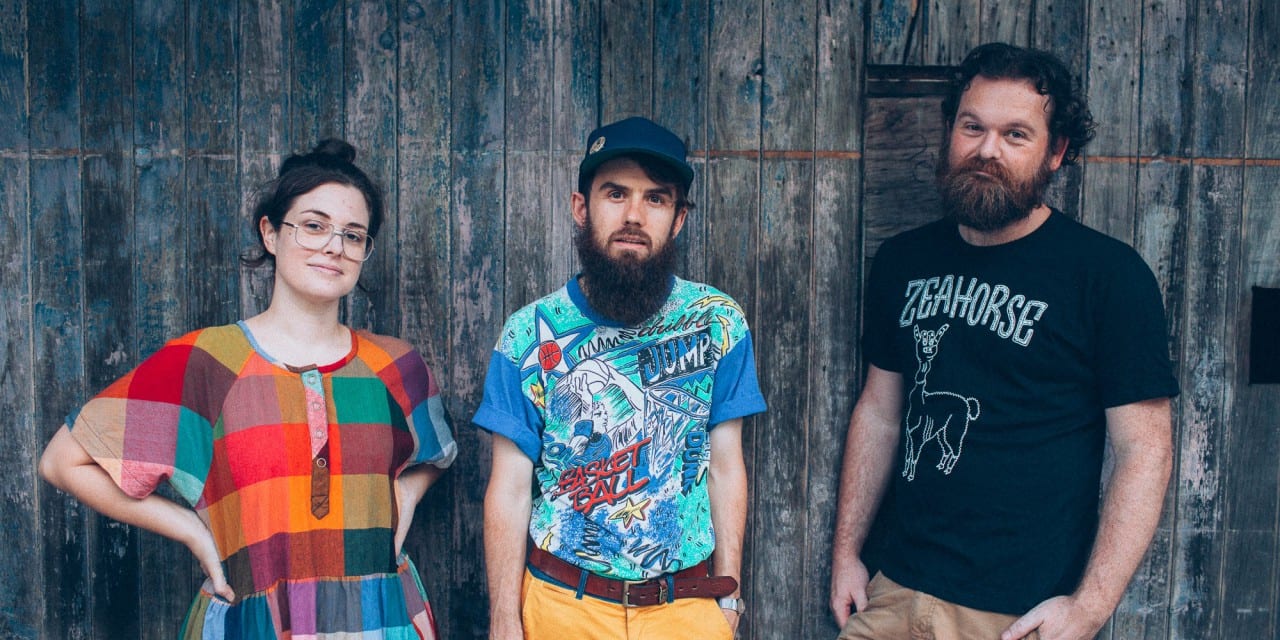 Formed in 2013, Brisbane three piece Spirit Bunny are here to make some noise. Combining elements of hip-hop, pop and rock, their latest single and EP Marshmallows offers a glimpse into the noise-pop deliciousness that is to come on their forthcoming album.

A culmination of ideas from each band member, Marshmallows is a song that celebrates confectionery (particularly, marshmallow spread).

“The song was very much a collaborative effort. I put a couple of melodic ideas together late one night, Cam had a beat he wanted to try, and Joel had a good story about a fellow musician who had recently moved out of home and was living on nothing but toast topped with spreadable marshmallow paste, which inspired the lyrics,” said vocalist and synth player Kate Thomas.

As keen remixers, the band have also offered three remixes of Marshmallows (one by each band member) on the EP, giving fans a chance to hear the song from differing perspectives.

“We’ve had friends remix our previous singles, and this time we wanted to experiment with our own remixes. We’d discussed each of us reinterpreting the track and it seemed like a good idea. In the end we all took the song to very different places,” said vocalist and keyboard player Joel Saunders.

With their songs receiving good airplay on local radio stations like 4ZZZ, it’s onwards and upwards for the trio who plan on releasing their debut album (currently untitled) in early 2016. The album will feature 12 tracks and will be recorded at drummer Cameron Smith’s Incremental Records studio.

“Just like our previous releases, the songs on the album are a collaborative effort. For this first album we really just want to recreate the live experience of the band,” said Cameron.

Spirit Bunny will be releasing more music in the lead up to the album. For now, head over to bandcamp and have a listen to the delectable sounds of their latest EP Marshmallows here (PS. We recommend eating a bag of marshmallows while you listen…YUM).