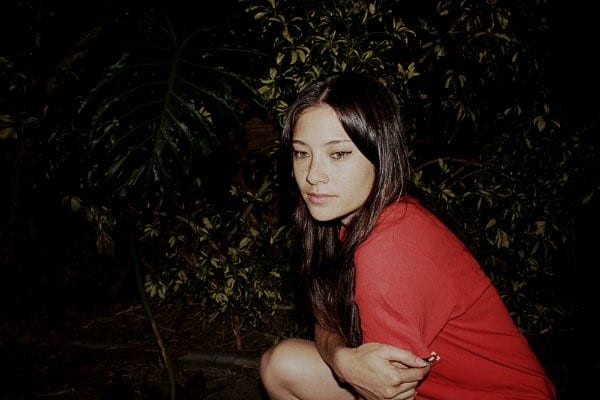 Although she learnt music from a young age, indie-pop babe San Mei only began her music career a few years after finishing high school when she found a group of friends passionate about making music. Having previously played in multiple bands, she’s now enjoying life as a solo artist.

Joking that she got to where she is today by being “brazen enough to upload a few terrible songs online,” San Mei says she’s thrilled to have built a following that extends beyond her family and friends.

“I love creating an escape with music, and it makes me happy that people seem to have found that escape with me. I think it’s really special to be able to use music to express something you’re feeling, or to create a feeling, and to be able to bring another person to that same place,” she said.

San Mei’s latest single Revel, which was inspired by her fear of adulthood, is a bittersweet lament about clinging onto youth and freedom while you still can.

“Coming into my late twenties, everyone around me seemed to be buying houses and having babies, and that really scared me. So I wrote Revel with that in mind.”

The track has also been remixed by Zapéd, which San Mei says gives the song new feeling and meaning. She’s currently working on a new single with an EP on the cards too.

“These days I’m focusing on just writing solid melodies and lyrics that can stand up on their own; songs that are cohesive. It’s great having the tools to make cool sounds and interesting production, but I’m trying not to hide behind that as much as I used to.”

“As for lyrical themes, my writing has been quite nostalgic. I experienced loss recently, and the good moments I tend to look back on seem to keep finding their way into my songs.”

For a glimpse of one of Brisbane’s most promising rising stars get along to Brisbabes #4 at The Foundry next Saturday night, 16 July where San Mei will be appearing alongside Georgia Mae, Yuuca, Alice Ivy and Moodie Gloom.

Head to San Mei’s Facebook page to check out her music, and book tickets to Brisbabes #4 here. 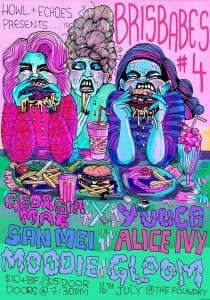