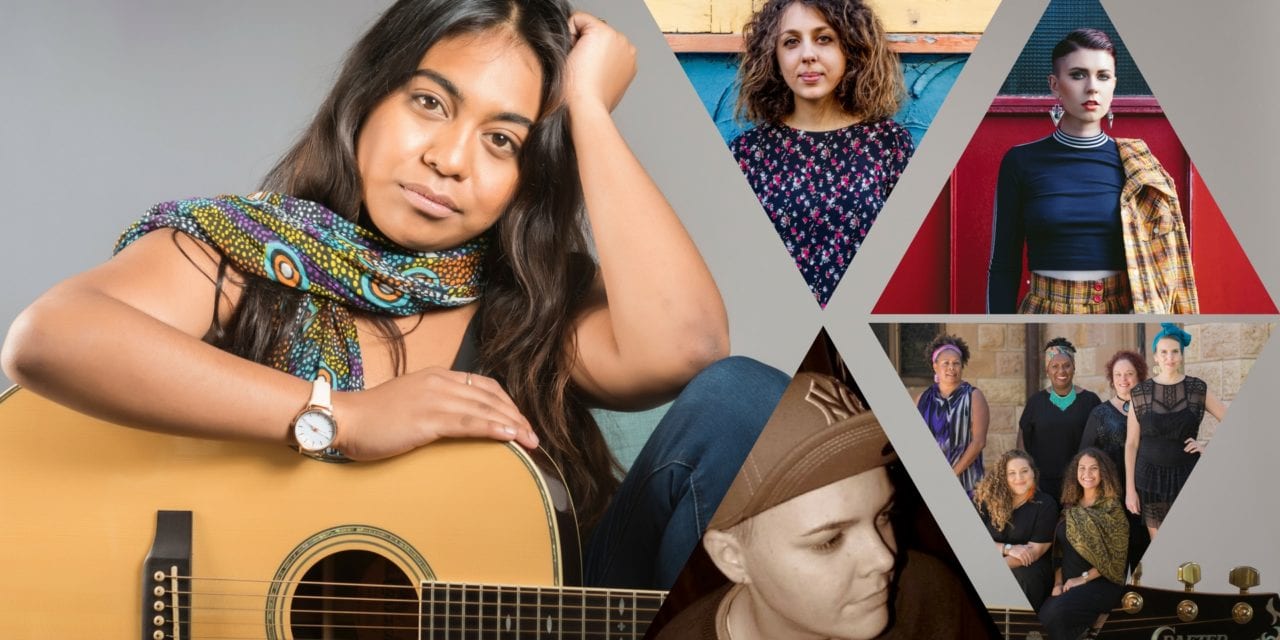 Saving the best till last, Songs That Made Me concludes WOW Festival 2018 at QPAC on 8 April, with a night of music, stories and connection featuring some of Queensland’s finest female artists and their Commonwealth counterparts.

Created as part of the Gold Coast 2018 Commonwealth Games arts and cultural program, WOW Festival 2018 sees the global Women Of The World (WOW) movement tee up with Songs That Made Me – a program initially staged at Queensland Music Festival (QMF) last year – which asks performers to delve deep, sharing stories of their personal influences, musical journey and songs that have shaped them.

“It is such an honour to be a part of the Songs That Made Me project, to be surrounded by such inspiring women who have achieved so much in their life both personally and as musicians. I’m so grateful to collaborate with these Sisters and Aunties! Music is such a universal language and some of these women sing in their mother tongues,” said Indigenous folk-pop songstress Emily Wurramara.

The brainchild of QMF Director, revered musician Katie Noonan, Songs That Made Me empowers, unites and celebrates women in an industry still struggling to achieve gender equality. With global momentum behind #metoo and #timesup, Katie says there’s never been a better time to discuss equal rights and structural forces that hold women back from reaching their potential, something artist Hannah Macklin agrees happens too often.

“It is a joy for me to be a part of a show like Songs That Made Me, which aims to share stories through song, in an event like WOW Festival, which aims to make heard the voices of those who are far too often silenced; women, particularly of First Nations origins,” said Hannah.

“One of my favourite things about music is its ability to bring people together, to tell stories, to transcend language. It is an all-encompassing force which can break down barriers between humankind.”

If being inspired by a tribe of fiercely passionate and talented women wasn’t enough, Songs That Made Me will also play host to the 2018 Carol Lloyd Award winner announcement – a $15,000 annual grant by QMF that supports emerging QLD female singer-songwriters in honour of Australia’s original rock chick.

Songs That Made Me at WOW Festival 2018, is one positive, love-filled and empowering celebratory event that anyone interested in the arts should attend!

Songs That Made Me concludes WOW Festival 2018 at QPAC Concert Hall on Sunday, 8 April from 7PM. More event info and tickets available HERE.